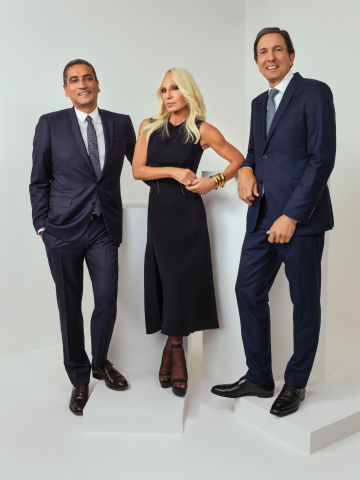 Michael Kors and Versace are now known as Capri Holdings. Kors purchased Versace for $2.1 billion, and renamed itself in order to reflect its new image of the first U.S. luxury fashion conglomerate.

Kors is not the first American to attempt to form a luxury fashion conglomerate, but he is using tactics never before used. He is purchasing companies worldwide rather than buying strictly American brands; therefore, expanding the amount of potential customers.

Now, Kors is racing to build a fashion empire that will potentially compete with the top luxury conglomerates in Europe. Capri Holdings will be a groundbreaking company for the American fashion industry.

Kors chose the name Capri Holdings after the famous holiday destination that wealthy fashionistas tend to travel to.

Versace is a well-known fashion company that was founded by Gianni Versace in 1978. The company’s net worth consisted of $1.7 billion, according to Reuters, and recently purchased for $2.1 billion.

Following Versace’s unfortunate murder in 1997, the company was then taken over by his sister, Donatella.

“This is a very exciting moment for Versace. It has been more than 20 years since I took over the company along with my brother, Santo, and daughter, Allegra. I am proud that Versace remains very strong in both fashion and modern culture,” said Donatella Versace, according to The Financial Post.

She is incredibly excited for the future of Versace and has trust in Kors for building a successful fashion empire.

The former chief executive of Versace, Jonathan Akeroyd, is also joining the powerhouse that is Capri Holdings.

Millennials and Generation Z are predicted to consume a large portion of luxury fashion within the next decade. Social media and the desire to portray oneself as well-off and happy is the main reason for this.

“Even if I had the money to spend and wanted to splurge on something, I’d rather it be something else,” said Hannah Barrett, Washburn freshman. “Personally, I think for the designs that they are, the simple purses, similar to a Kate Spade or even something you might find at Target, go for thousands of dollars just because of the label, which is ridiculously expensive.”

Kors purchasing Versace is a revolutionary step toward America’s first luxury fashion conglomerate. Capri Holdings is expected to grow across the U.S. and countries around the world.