Looks from the links: Golf at the Washburn Invitational 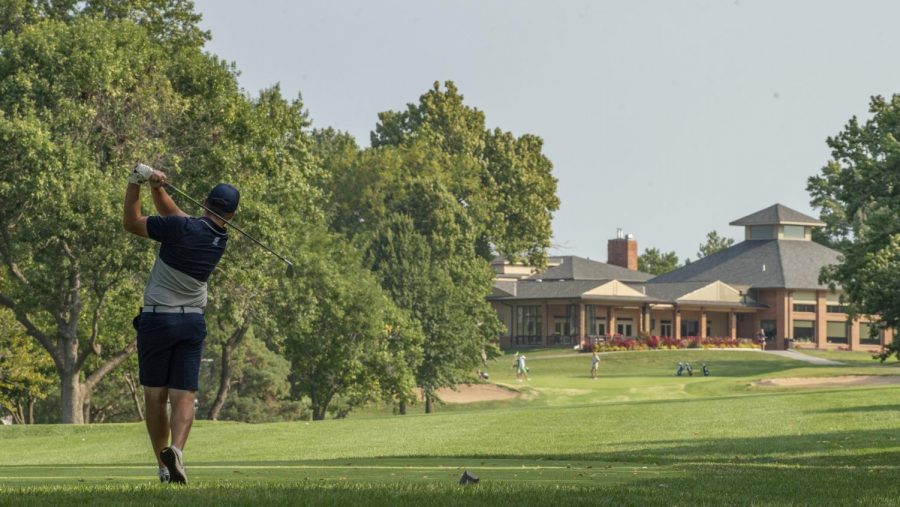 Washburn Golf had a strong showing in its fist tournament of the year on September 13 and 14. After being in second place through one day of the Washburn Invitational the team would finish in third out of the nineteen teams at the end of day two with a team score of 874 points.

Junior Dawson Wills led the way for Washburn, and for the entire tournament, as he took home first place with a total of 211, or two under par, through all three rounds. Following him was sophomore Cade Uhlenhake who finished in a tie for third place with a score of 213.

Junior Jackson Wexler also had a top 20 finish, finishing in a tie for nineteenth with a 222 score. Rounding out the team scoring were sophomores Caden Vanlandingham and Daniel Duffin who finished with scores of 228 and 232 respectively.

On the individual side sophomore Hayden Beck and junior Cameron Riley each finished in the top 50 with Beck in a tie for 33rd and Riley tied for 45th.

Next the Ichabods will travel to Muskogee, Oklahoma for the Northeastern State Men’s Golf Classic on September 20 and 21.