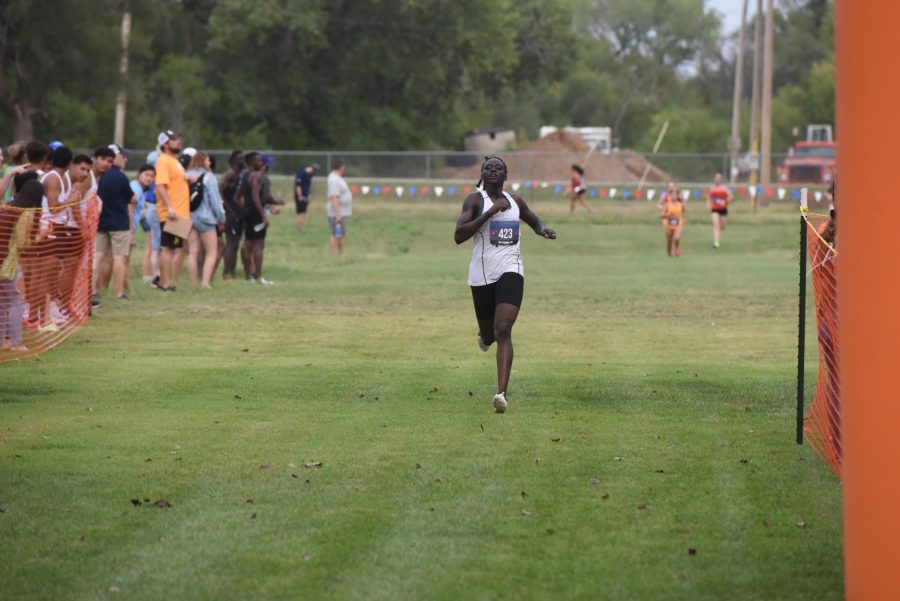 Finish strong: Sophomore Patricia Koma runs toward the finish on her way to winning the race with a time of 18:54.

The team was first with a low score of 48 points with second place coming in at 81 points.

Patricia Koma won the whole meet at 18:54 adding only one point to the team’s total. Next, with eight points, was Dulce Ayala Chanez who placed eighth with a time of 19:43. Kelsie Dent finished in 11th place earning 10 points for her team with a time of 19:46. Avery Hoffpauir and Luz Lopez-Gonzalez rounded out the scoring for the Ichabods, finishing in 15th and 16th place with times of 19:57 and 20:02 respectively, earning 14 and 15 points for the team. Stacy Briggs, Verena Vesley and Eve Weber also had top-25 finishes for Washburn but were not included in the team scoring.

The Ichabods will be back for the Missouri Southern Stampede in Joplin, MO on Sept. 18.