Movie Review: “The Next Three Days” 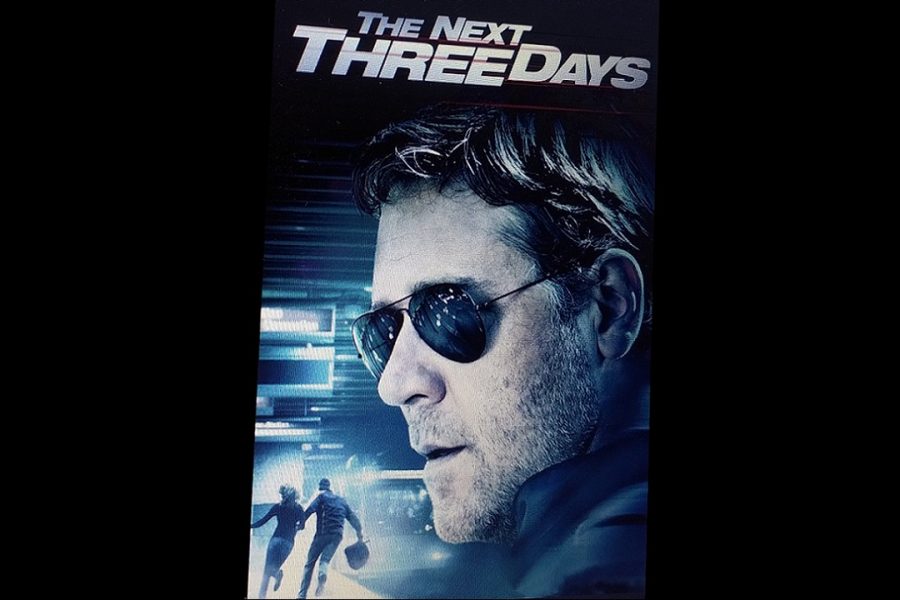 Let's review: "The Next Three Days" was made by Lionsgate and released in 2010.

A remake of 2008 French film, “Pour Elle”, “The Next Three Days” sticks to the straight forward plot of the original, which is about a man who risks life and limb to reunite his child with that child’s mother, his wife.

I choose those words tightly because the movie’s maxim triangulates around the main character, a dad, and how he prioritizes the varying mother-child relationships that he encounters in this movie.

The start of the movie shows the couple, played by Russell Crowe and Elizabeth Banks, on a date the night the murder happened in a flashback titled, “The past three years”.

Which is why “The Next Three Days” is the title. There are several, subsequent breakdowns of elapsed time incorporating the number three: “The past three months;” “The past three days,” but it means nothing.

The first time we see the main character in the child-mother dichotomy, is when the FBI raid their house and their baby son cries while Russell Crowe, the dad, calls for his wife and doesn’t mention the baby nor goes near it. Neither do the police.

When the son doesn’t interact with mom during jail visits, the dad gives him a stern command.

After the mom’s suicide attempt upon a dismal parole outlook and subsequent hospitalization, the man, portrayed by Russell Crowe, realizes he must break his wife out.

He brainstorms his grand plan at work and at home, and even during times with his kid. Some of his preparations require unsafe errands that he must do alone, safekeep the son at his parents’ house while he does so.

It has a visible but acquiescing toll on his mother. She worries about her son. She’s watching his son. What if he doesn’t make it back?

This is the second angle of the movie’s child-mother triangle. Throughout most events, Russell Crowe’s mom is purposefully left uninformed. This is done in tandem after his dad finds out the international vigilante escape plan through some light searching, but never brings it up outside of a subtle, compassionately supportive nod to the fake passports.

He risks other people’s child-mother relationships. This is the third angle. During an attempt to rob a drug dealer for the money, he shoots the dealer in the arm. As an interrogation method to learn the location of the money stashed in the house, he prepares to burn the house down with him inside and his beat-up, fatally-injured friend. At the sight of lit fuel, the drug dealer springs into action and cries that his baby is upstairs. Russell Crowe’s character doesn’t try to stamp out the fire. However, he heeds the sobbing, fatally-injured friend because he whimpered he was ashamed of dying in a drug den.

There comes a point in the unfolding events where the dad and mom have a promising exit out of the country into anonymity, but there’s no time to retrieve the son.

He promises his wife he’ll get the boy to them. He wants to keep fleeing. But something changes his mind.

There’s not much to decode in this movie, so I recommend it for entertainment. The cinematography will catch your eye. While Russell Crowe’s character keeps his emotions reticent, a keen eye will find deeper meaning. Overall, I deem it recommendable.