‘Widows’ review: A film with a capacity to be great, yet too flawed 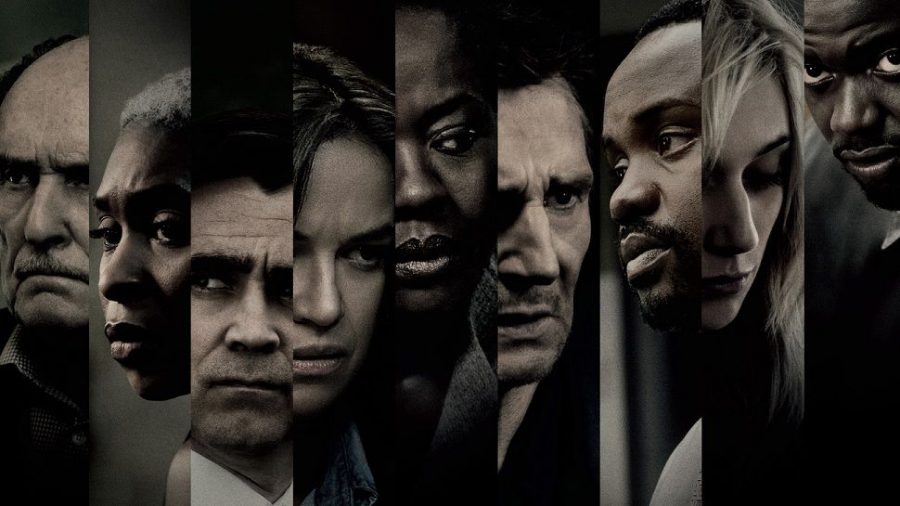 Widows has one of the greatest ensemble of actors I have ever witnessed, but it doesn’t stop it from sinking into being just okay.

Director Steve McQueen, known for “12 Years a Slave” and Fassbender’s “Shame,” returns with “Widows,” a film with a heist premise, but some incredibly interesting switches on the trope. The film focuses on a group of women, Veronica (Viola Davis), Linda (Michelle Rodriguez) and Alice (Elizabeth Debicki), whose husbands, a group of career criminals, tragically die during a job gone wrong. That is a sweeping generalization of the film as a whole, as it is crammed with so many, and perhaps too many, elements to fit into a single-sitting film.

In addition to Davis, Rodriguez and Debicki, it boasts an all star cast of Cynthia Erivo, Bryan Tyree Henry,  Liam Neeson, Colin Farrell, Robert Duvall, Carrie Coon, Garrett Dillahunt, Jon Bernthal and Daniel Kaluuya just to name a few. All of them are absolutely phenomenal for what they’re given, although Coon and Bernthal are definitely snubbed when it comes to screen time. Bernthal’s character is exactly like his in Edgar Wrights “Baby Driver” since he shows up for one scene and never comes back.

In particular, Farrell is one of my favorite living actors, and it is always nice to see him play a role. As for Rodriguez, she is given more material in “Widows” than the tough lady she is usually typecast to be, like in “Lost” or the “Fast and the Furious” movies.

Of the main three characters, it is a toss up between Davis and Debicki for whose performance was better since they demonstrated absolute perfection in every scene. Kaluuya is also given some terrific moments. His character is truly scary, a sharp 180 from his character in Peele’s “Get Out.” There are many scenes where he elevates the mood with the sheer creepiness and evil he inhabits.

The biggest problem with the film is the scope. “Widows” felt like one of the longest movies I have ever seen. While only being at a little over two hours, it seemed much longer.

I really hesitate to describe it as a heist film because the film has a scant amount of heist hi-jinks. Most of it is character focused and establishes the group of widows and other supporting characters as ones you care about.

I was fairly invested into the characters’ stories. The film is written so you even get attached to smaller characters. However, the overall story of this film is too overstuffed. Looking back at it, the story should have been made into a miniseries, or something similar, rather than a one-sitting film.

Ultimately, the film is disappointingly plagued by problems that keep it from being deemed great. I feel like it had the potential to be great since it has some terrific moments, both how it was shot and the actors’ portrayals, but this story would have even been amazing in a longer format. “Widows” really suffers from being overstuffed and long-winded.