Women in the workplace 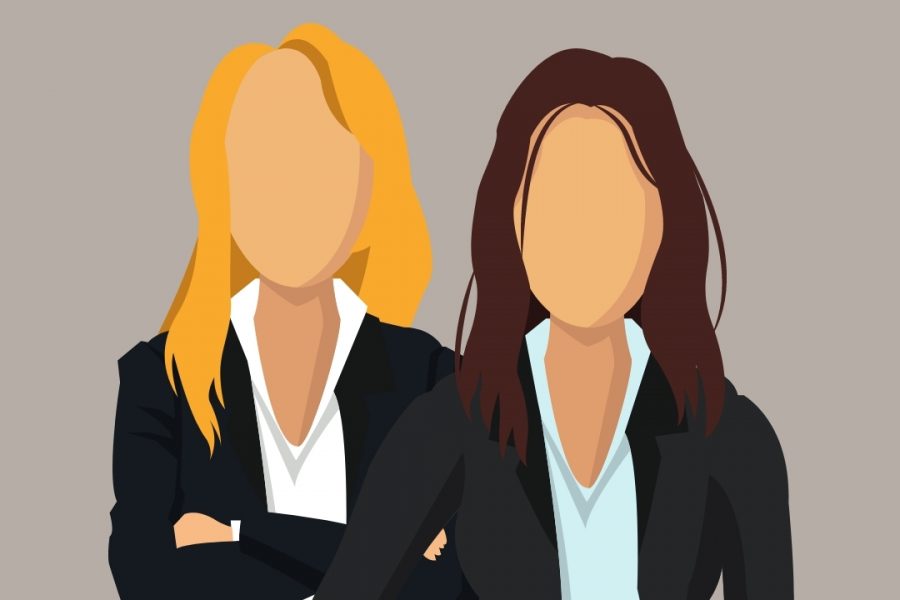 The incorporation of diversity and inclusion in the workplace has been a constant battle for women. Important factors such as inequality through gender roles, respect, and basic common courtesy have been aspects that play a hindering role in limiting true diversity and inclusion in the workforce for women.
“The element of diversity and inclusion is important for everyone to understand,” said Graciela Berumen, first generation recruitment and retention specialist at Washburn University. “Educating individuals about diversity, inclusion and social justice is important so that we can all move forward and understand that everything around us involves diversity and inclusion.”
Berumen strongly believes that when individuals do not work together to obtain a clear understanding of the importance of diversity and inclusion, it negatively impacts everyone.
A survey conducted by “News in The Numbers” showed that 40% of people believe that both men and women will hire men over women. This is supported by another study that shows that men are 30% more likely to be promoted to a managerial position than women.
“For a long while, women have been able to prove how capable they are in many leadership roles,” Berumen said. “Though it seems that they continue to be questioned when attempting to enter more powerful positions.”
According to a 2017 study by the Harvard Business Review, the difference in the promotion and hiring rates between men and women was due not to behavior, but strictly to how each gender was treated. This study suggests that gender inequality in the workplace was based on bias and not differences in behavior. Although no perceptible differences were observed in the behavior of men and women in the workforce, on many occasions women have failed to advance as well as men.
“Knowing that there are instances that an employer has or will overlook me because of my gender fuels my desire to educate and be willing to have difficult conversations,” Berumen said. “To advocate for myself and others is important. The only way things will change is if we work and support each other as we continue to prove that equitable spaces are possible.”
The role that gender plays in the workforce can strongly depend on a woman or man’s stereotypical abilities. In our society, men at times appear to carry the greater leadership roles while women carry the caregiving roles in contrast.
“I think the biggest discrimination towards women in the workplace is the ‘female job’ stigma where a certain job should only be female or male-dominated,” said Cheyanne Colwell, secondary history education major and summer orientation counselor at Washburn University. “This hinders a lot of people in those situations, especially the excuses that people articulate towards different genders based on their abilities and strengths.”
There are many stereotypes that constrict women from showing off their full potential due to gender ideals. In many instances, women are seen as weak, feeble, and inferior to men. This especially takes place in the workforce.
Ankita Bhattarai, a nursing major and student employee at Washburn University, describes an incident where her gender limited her from participating in something that she believes she was deemed worthy of. “At my last workplace, I was not allowed to lift heavy things or participate in any heavy group lifting,” Bhattarai said. “Everyone told me that it was a ‘man’s job and that I was too weak. This situation made me feel extremely bad about myself.”
As Bhattarai reflected on her time at her previous place of employment, she said that her absence in activities considered “worthy of a man,” made her feel small and meek in comparison. Since then, Bhattarai has moved on from that incident and now devotes herself to a job at Washburn University that accepts her for who she is and does not limit her abilities.
“My job on campus makes me feel very welcome,” Bhattarai said. “This is extremely important to me because it helps me feel confident in the U.S., especially being a woman of color and a different nationality.”
Gender diversity and inclusion are essential to any workplace. It allows a company to gain profit and attract a diverse consumer base. Without it, businesses would fail to incorporate different strengths and weaknesses into their everyday routines.
This is important since there has been an influx of women in the workplace in recent years. With more women in the workplace, different viewpoints arise and create a better and more diverse workforce.
“Without diversity and inclusion, there wouldn’t be acceptance,” Colwell said. “Acceptance is important because it helps define and bring about diversity and inclusion in the world.”