Narcos: Mexico is their best season yet 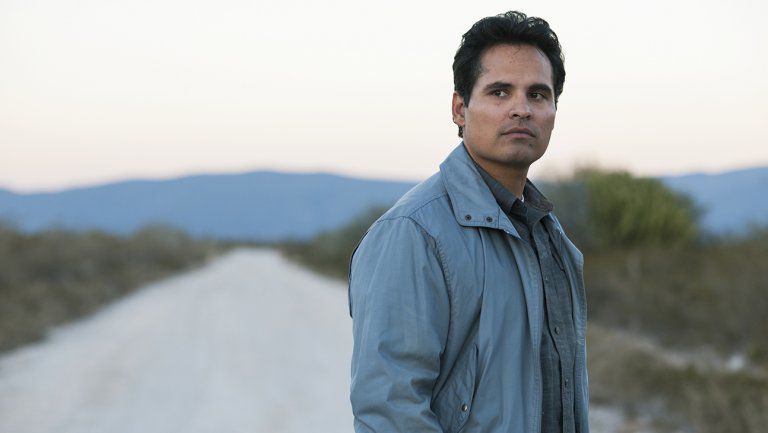 An Unexpected treat: Narcos: Mexico really had everything going against it, but the standalone nature of the story is worth the price of a Netflix account. Michael Peña is pictured, portraying protagonist Kiki Camarena

A true exception where a spin-off is better than the mainline series.

Narcos has never been a series I’ve actively enjoyed. The first season while having good moments wasn’t paced well, and I couldn’t make it past the second season. Luckily, Narcos: Mexico is a self contained story, and honestly, superior to all the other content I’ve seen from the series.

Narcos: Mexico stars Diego Luna as DEA agent Kiki Camarena, and Michel Peña as Félix Gallardo, the big-wig of the Guadalajara Cartel, along with a huge cast of really talented actors. Instead of taking place in Columbia, Mexico takes place in well, Mexico, in the 1980s.

The plot is based on a true story, albeit with self admitted bits of sensationalizing, with a disclaimer before the beginning of the series stating so. It was definitely more gripping than the mainline series before it. Luna’s portrayal of Gallardo is great, and most definitely sort of overshadows Peña’s performance at first. Maybe it is because, at least for me, Peña doesn’t possess the presence of past series actors Pedro Pascal and Boyd Holbrook, but the series is written a way that Gallardo is the likable one at first and Camarena being the unlikable, but their roles switch as the series goes on, although Camarena for the most part is genuinely a challenging character. It is strange criticizing a character based on a real person, but the writing definitely hit the mark if the writers intended Kiki to be more unlikable.

I liked the two parallel stories of the two men, and their main struggles pushing the storylines forward. Particularly Gallardo’s, and his struggles to manage a bunch of violent drug lords and trying to get them to not kill each other, and Camarena’s frusturated cop that wants to get the bad guys shtick. I honestly prefer Luna’s Gallardo over Wagner Moura’s Pablo Escobar. Perhaps that is more a criticism of past seasons, but Luna most definitely embodies someone much more interesting than Moura’s relatively evil drug lord in Escobar.

One thing I especially enjoyed was the supporting cast members, particularly Don Neto (played by Joaquín Cosio) and Jaime Kuykendall ( played by Matt Letscher). They definitely stole most of the scenes they were in, and I was genuinely excited every time I saw them. Another standout was Tenoch Huerta’s character Rafael Quintero. The character is genuinely scary, in a sort of unhinged, you never know what he is going to do sort of way. But what sets it apart isn’t what Rafael does, it is what he doesn’t. The way the character carries himself is just a constant allusion to some evil breakdown or something like that, but he starts off as just a non-scary character, and I really was surprised by the jarring change.

Overall, I enjoyed watching Narcos: Mexico. While it sometimes falls into the “edgy drug dealing show” trappings, most of the time it doesn’t, and managed to do what the original series failed to do by actually keeping my interest, and has characters the audience actively cares about. That being said, I really didn’t expect it to be good, and I have to give kudos to everyone involved.