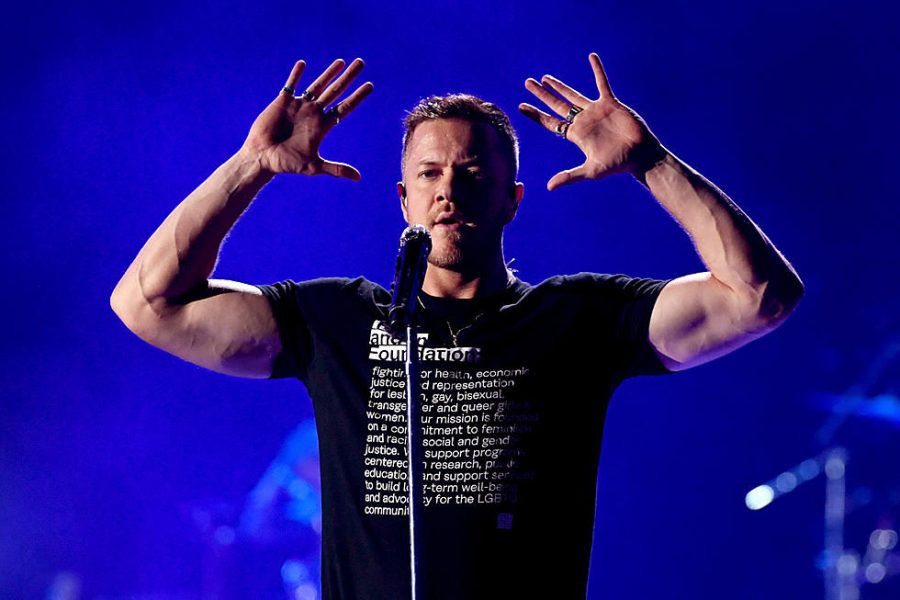 Ten years strong: Frontman of Imagine Dragons, Dan Reynolds has been a member of the band since it’s origin in 2008.  Imagine Dragons releases ‘Origins,’ their fourth full-length studio album.

Unlike many album titles, the word origins perfectly describes the list of songs given to us by Imagine Dragons. These songs are encouraging, upbeat and full of energy. “Bullet in a Gun,” “Natural” and “Boomerang” are so catchy and fun that I spent whole days just listening to them on repeat. The central theme throughout is, as the album states, origins, such as the beginnings of love, starting out as an artist or just deciding to be different from everyone else.

As a creative person, I found many of the album’s songs to be inspiring and comforting. “Machine” is the song that sticks out the most as a declaration of being different from all the rest, it’s a battle cry for those who want to make their own path. “Digital” fits in this category as well and is the third song talking about breaking out on your own and following your dreams, despite the doubts of others.

“Bullet in a Gun” is a song that stuck out to me, as it’s about the fears that artists go through when trying to make a living in the harsh world of entertainment. There is a humanity to the song that is easy to connect to and encourages the listener to pursue their dreams despite the hardships. We all hear songs about following your dreams, but it’s nice once in a while to hear someone acknowledge that taking that road is hard, but that it’s worth it.

There are some light-hearted songs too, I particularly enjoyed “Cool Out,” a song about unwanted love. What makes me laugh everytime I hear it is the nice way in which the singer gets rejected asking him to just “cool out, ‘cause baby I don’t think I’m the one for you.”

For some reason, it reminds me of the awkward times in my life that I had to tell someone, in the nicest way possible, that I was not into him. It’s nice to know that others have faced this dilemma.

There are other songs, though, that are about more satisfying love stories, such as “Boomerang,” “Stuck” and “Born to be Yours.” While simple in composition, “Born to be Yours” is another sweet melody that melts the heart each time it is heard. Again, Imagine Dragons has perfectly captured the emotions of first being in love with lines like “I never knew anybody til’ I knew you-ooh.” It describes how it feels to be in love for the first time perfectly.

There is also a song called “Love,” but it’s not the romantic kind you might expect. Imagine Dragons takes this song to get up on a soap box and preach about loving people all throughout humanity, but that may not be such a bad thing given our country’s current state. With so much division and anger in our politics, especially after the Midterm results, having a song reminding us of what makes us all the same is a welcome message.

Overall, Imagine Dragons has delivered another great album with songs that are sure to be remembered by fans for years to come.