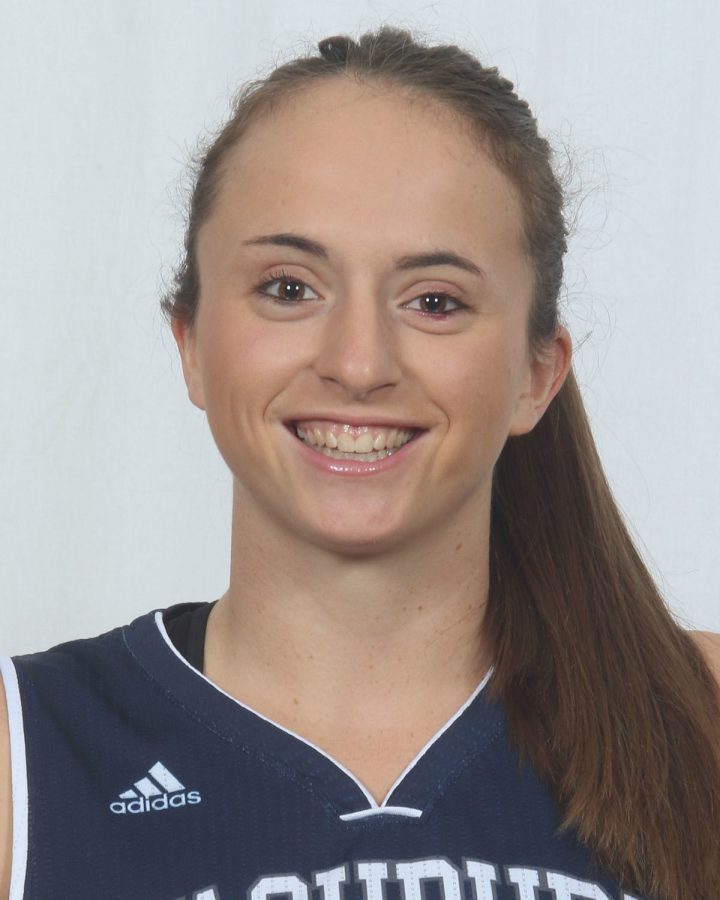 With this basketball season underway, there will be several new faces on the court for the Washburn women’s team. New team members will include senior forward Nicole Murugarren.

Murugarren is from Madrid, Spain. She has been in the U.S. since she came here to attend college in 2015. She began her career playing for Northeastern Junior College in Sterling, Colorado where she spent two seasons. After her sophomore season, she transferred to Division I Idaho State, and finally, she transferred here to Washburn to finish her career.

Murugarren has an active family back home. Her dad, Javier, is a marketer who markets a sports club in Spain. Meanwhile, her mother, Sylvie, works as an office manager. Murugarren has two brothers. Her older brother, Diego, is married and has started a family of his own while her younger brother, Etienne, started his freshman year of college back in Madrid, where he is currently playing soccer.

Murugarren has already made a positive impact on her team here at Washburn.

“Nicole is a hard working and very kind teammate,” said senior forward Taylor Blue. “She volunteers her time to help anyone who needs it.”

After college, Murugarren has a lofty goal that she looks to achieve.

“After I graduate in May, I want to play [basketball] professionally overseas,” Murugarren said.

Being able to play overseas would allow Murugarren to do another thing that she loves outside of basketball: travel. Through basketball, she has been able to travel around Spain and Europe and hopes to continue to do so once she completes college.

Murugarren fulfilled her dream of traveling as she was able to take a trip to Hawaii last year, stating that it was one of the coolest things she has ever done.

“Last year at Idaho State University, we went to Hawaii. We spent four days there and it was absolutely incredible,” Murugarren said. “It was like one of those dreams come true and I had always wanted to go there, so that’s one of the coolest things I’ve done.”

On top of visiting Hawaii, Murugarren hopes to be able to visit Florida before she leaves the U.S. to head back to Europe.

Another hobby Murugarren enjoys off the court is cooking. She said she doesn’t really have a favorite dish in particular that she likes to make, but points out that she enjoys making different Spanish dishes such as a Spanish omelet.

With a passion for children, Murugarren is majoring in early childhood development with a minor in sociology. Her goal is to one day be a preschool or kindergarten teacher after her basketball career is over.

The dream of every athlete is to someday win a championship of some kind, and for Murugarren, that moment came early in her life.

“With the work of my dad we had to move to Portugal and we lived there 10 years,” Murugarren said. “When I was 14 years old we won the nationals, so we went 36-0 that year and that was a really nice experience.”

Murugarren and her teammates have high hopes for this season of winning the MIAA and making a run in the NCAA tournament.