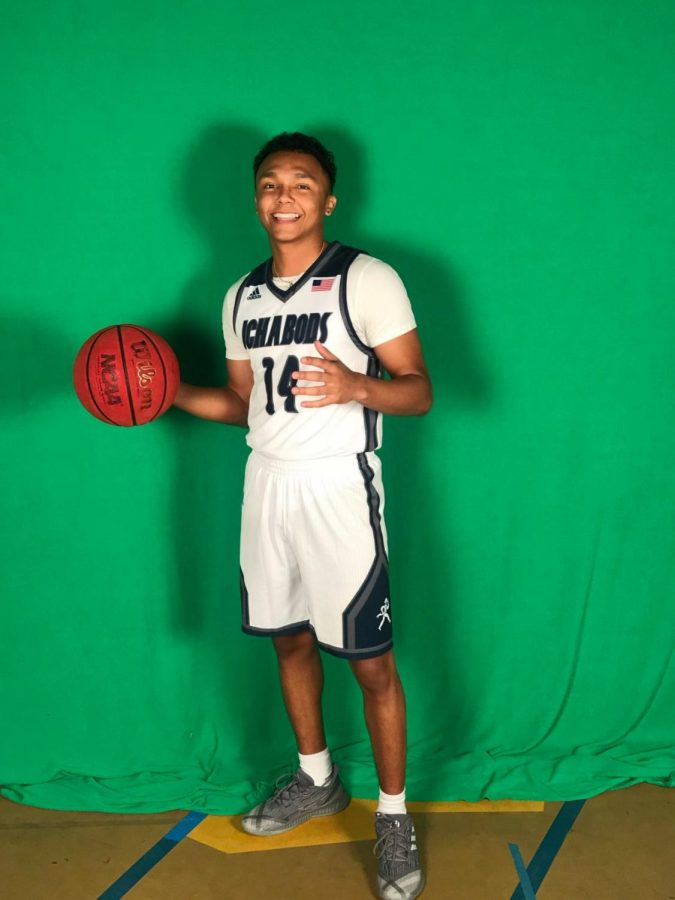 Athletes come from many backgrounds. Born in San Antonio, Texas, Isaiah Thorne is a freshman guard for the basketball team.

Thorne was raised by his father, Eric, and his mother, Rosie. His father works as a transportation supervisor at Cysco, and his mother is a manager for United Healthcare. Thorne also has a sister named Desiree. To Thorne, his family means everything to him.

“Both of my parents work hard to provide for my sister and me. They do whatever they can for us and have since we were little,” Thorne said. “When times were hard, they never showed us that times were hard. They made sure that we had a childhood, and they let us live our lives. As for my sister, that’s my best friend in the whole world.”

After attending Warren High School, Thorne chose to go to the Air Force Prep Academy where he played basketball. According to Thorne, the academy was very different from high school.

“Coming from a high school, the transition was different. It was a lot more fast paced. Since I was there four years, it was easy to know what to do, but going to Air Force you had a lot to worry about with the military, school and basketball,” Thorne said.

Then after one year at Air Force Prep, he transferred to Washburn.

“Now, we do everything different. Learning Washburn’s systems compared to their systems has been the biggest thing for me. It has been the toughest part for me,” he said.

Thorne has has set goals for himself. At the moment, his most important goal is basketball.

“At the end of it, if I go pro that would be great, but if not, I would love to be a coach. I’m not sure on which level yet. I want to spread knowledge to others,” Thorne said.

Here is what Head Coach Brett Ballard had to say about Thorne:

“Isaiah is a good shooter and brings a scorers mentality to our team. Right now Isaiah is working hard in practice. We have some experienced guards that are a little ahead of him now, but his attitude has been good and he is getting better,” Ballard said.

With basketball and school, there is not a lot of time for Thorne to have a crazy amount of fun, but he is able to find extra things to do in his spare time.

“I love playing Fortnite. I love hanging out with my friends, you know, just having a good time,” he said. “On a stressful day, I like to take naps. I’m not going to lie, naps are good for the soul.”

In the movies and on television shows, you see military academies sending people out in the woods to live on their own and make it back to base safely using nothing but their wits. This is true for the Air Force Prep Academy basketball program that Thorne attended. Last year Thorne and his team had to face that obstacle.

“Last year, we had to navigate through the wilderness, and I had never been in forest in my life before that. They dropped us off and said, ‘Find your way out.’ We were given a first-aid kit, but that was it. I did obviously find my way out,” Thorne said.

Thorne believes that his biggest accomplishment is graduating from the Air Force Prep Academy.

“While I was there, I knew I wanted something different. As far as looking at other schools and still trying to graduate the prep school in a year, which I did, it was a pretty cool accomplishment,” he said.