Bohemian Rhapsody: Brings insight into the life of Freddie Mercury 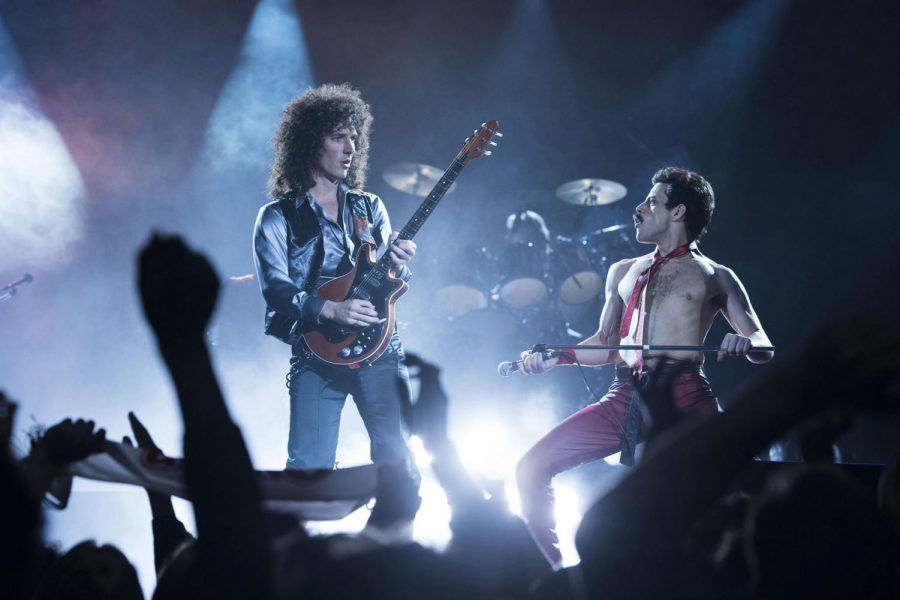 The Queen biopic does many things right, but many issues hamper it.

Queen’s music is part of my DNA, probably because I was shown Wayne’s World as a kid and immediately fell in love, but Queen is without a doubt a household name. They definitely put out some of the absolute greatest songs ever such as Bohemian Rhapsody, Radio Ga Ga and countless others.

Going in, I was immediately biased against actually liking the film. Credited director   Bryan Singer, who has had many sexual assault allegations against him, publicly made all the way back in 1997, was actually fired way before the production of the film was over, but was given the director credit in the introduction. It is a tragedy that Dexter Fletcher, who took the reins over, was not given that credit, and this two director switch is very important to mention, as first things first, the cast in this is phenomenal, as it is incredibly easy to suspend your disbelief. Malek absolutely disappears in this role, and as a fan of some of his other work, it really highlighted the range and caliber the man possesses. Joined by Malek is the three bandmates, May portrayed by Gwilym  Lee,  Taylor portrayed by Hardy, and Deacon portrayed by Joseph Mazzello. They are joined by a wonderful cast, including Mike Myers, which is so fitting as the iconic status and permanent connection Wayne’s World has to Queen as well. The cast does their part wonderfully, and any issues the film has, the talented group of actors cannot be blamed whatsoever.

The film possesses great moments, especially the ending portion, but there were moments that really showed flaws. The film seemed like it was going back and forth on what it really wanted to be. Is it solely a Mercury Biopic? A Queen biopic? This is likely because of the two visions Singer and Fletcher had. There are many conventional, painfully obvious hollywood moments of the band coming up with songs (particularly Another one bites the dust), and there is a whole subplot in the film that may actually be fictional and incredibly sensationalized.  There are certainly pacing issues too, as they have to cover years of a band going from just meeting to being icons in just a couple of hours, and it sometimes it flowed well, sometimes it didn’t.

Due to the behind the scenes problems that can’t be ignored, and just how close Queen is to my heart, I wasn’t ever expecting to actually have much fun with the movie. While the film most definitely has a lack of polish and a plethora of issues, there were some absolutely amazing moments. Moments that managed to be tear jerkers, others that gave me goosebumps, and loved listening to Queen’s music again. Malek and the rest of the cast were phenomenal together and it is a fun time if you’re willing to recognize that it does have issues.