Homecoming: Horror of the mind 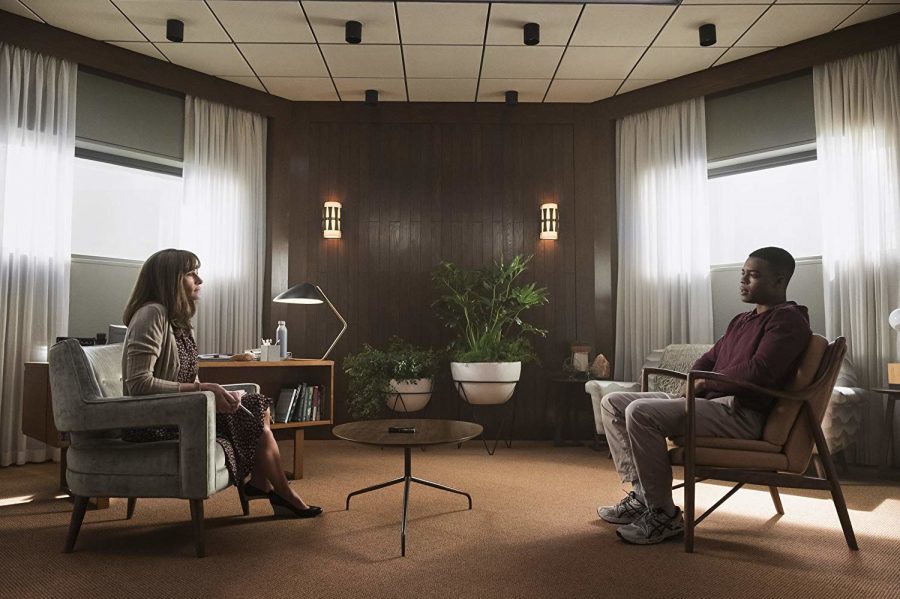 Sobering setting: Heidi Bergman asks Walter Cruz to recall his traumatic experience in order to gauge his emotional reaction to it. This back-and-forth between Bergman and Cruz reveals a lot about the two characters.

Something is not quite right at Homecoming, the facility where Julia Robert’s character, Heidi Bergman, works as a psychiatrist of sorts who is supposed to help soldiers reinstate themselves into civilian life. From the very first shot of two goldfishes swimming in a dreamy fish tank with a serene background score that is almost too perfect, one has an inkling of the uneasy atmosphere that will be the mark of the entire show.

“Homecoming” is a psychological thriller on Amazon Prime Video that I am very glad was approved. Each episode is shot in two ways, each depicting the past and the present. Interestingly, the present is shot in a 4:3 aspect ratio, a style most common in the 50’s. The past has a modern sheen to it and is shot in a wide aspect ratio. This symbolic regress of the present represents Bergman’s claustrophobic confusion that intensifies as the story progresses.

The plot is centered around a shady facility duping its employees and avoiding prying governmental eyes, which is plot that has been done before many times. But this show does it so artfully and with such care, that it almost feels new. The cinematography is excellent, as director Sam Esmail employs tricks like the Dutch angle and the dolly zoom to create scenes that lie in the uncanny valley.  The grey-brown color scheme and soft edges make everything appear like a hellish nightmare. Symbols, both overt and subtle, in the form of images, actions, and music, are littered throughout the ten half-hour episodes, and catching the symbolism is satisfying, to say the least.

The artfulness never reaches show-off levels, though. The show is incredibly restrained, and this is reflected by the muted but emotionally deep performances. Julia Roberts’ foray into the small screen has to be deemed a success, as she portrays the confused and conflicted Heidi. She works well with Shea Whigham, who plays Thomas Carrasco, the Department of Defense investigator looking at a complaint against Homecoming.

As the plot unfolds, more and more of the events in previous episodes make sense, which is why watching the series in one go is thoroughly enjoyable. Making each episode 30 minutes was a smart move.

Broadly speaking, “Homecoming” is about bureaucracy and the frustration it induces. One can see its effects on Carrasco, as he is met by an obstacle, namely relating to procedure, in every step of the way. His status of being a cog is firmly underlined by the conniving Colin Belfast, Bobby Cannavale’s character, when he taunts the investigator and his powerlessness in the system. Colin, incidentally, is also Heidi’s boss, and it is through his glib tongue, Heidi inadvertently participates in Geist, the proprietary company’s conspiracy.

It is the deep dive into its characters and its themes, the stellar performances, and brilliant cinematography that make “Homecoming” stand out among the mass of thrillers.