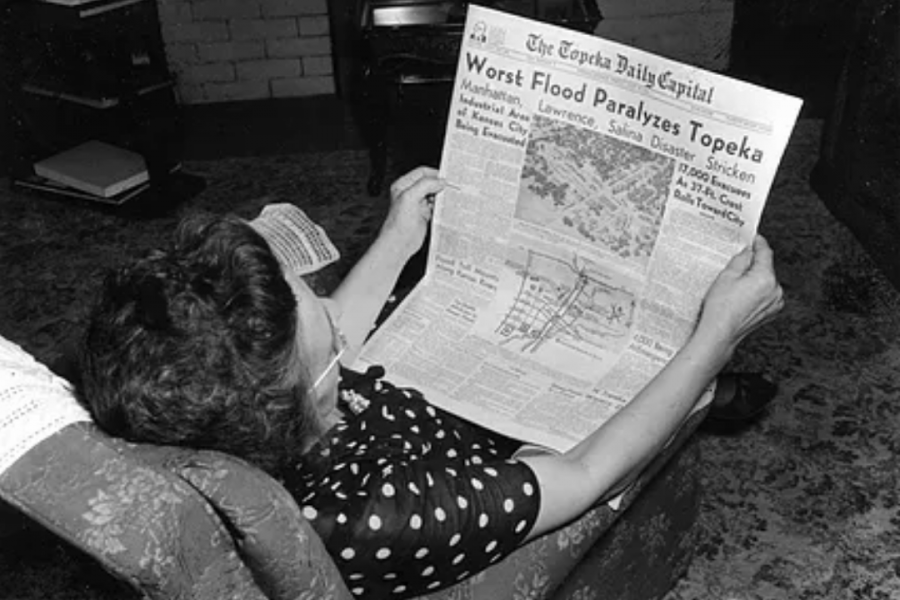 70 years ago, the North-Eastern part of Kansas experienced a great amount of rain and flooding, leading to one of the worst natural disasters in Topeka history.
Heavy rainfall started in May of 1951 and continued through June and July of that year. Flood gates all around Kansas and Missouri stood no chance against the rushing waters.

July 13, 1951, was recorded as the day with the greatest flood levels and destruction.
All of this flooding left nothing but destruction in its path, costing a total of over $935 million between the two states. That total is equivalent to $9.32 billion today.
President Harry S. Truman saw the damage by plane on July 17.

“The flood is terrible – awful,” said President Truman. “It’s the worst thing I have ever seen.”

17 people were killed by flooding and over 500,000 individuals were displaced at the end of the disaster.

To see a video of the flooding, click here.