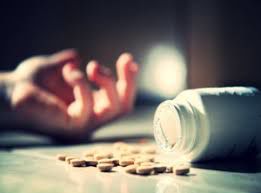 Fentanyl is one of the quickest growing threats in the opioid crisis – seemingly on par with heroin. According to the United State Drug Enforcement Agency’s (DEA) National Drug Threat Assessment, “fentanyl and other related opioids, which tend to be cheaper and much more potent than heroin, remain one of the biggest concerns for federal drug agents.”

Its presence is ever growing. The swelling threat has been pinned on China by the United State’s DEA. The US government has taken the matter so seriously that President Trump has recently signed legislation that “forces the Postal Office to screen overseas packages for fentanyl.”

Fentanyl abuse has recently been on the news story headlines concerning late American rapper and producer, Mac Miller’s, death. Miller died in September at age 26. The exact causation of Miller’s death has finally been discovered. The Los Angeles County Department of Medical Examiner-Coroner declared that he died of “mixed drug toxicity” including fentanyl, cocaine, and ethanol.

There is a growing expression of concern amongst substance abuse experts towards fentanyl. Fentanyl is a synthetic opioid that is 50 times more potent than heroin. Fentanyl is often time mixed with other drugs such as heroin and cocaine because of its affordability and simplicity to make. This has caused other opioid abuse to rise, creating an even larger epidemic.

In response to the growing crisis, a shocking, secret solution has been in operation. It has recently been leaked that underground “safe havens” have been in quiet operation for years. These safe havens are essentially safe injection locations staffed and supervised by people who have the knowledge and ability to treat an overdose.

The locations and operating agencies of these safe havens are unknown in an effort to keep the, potentially illegal, establishments from being shut down. The researchers, who initially reported in a medical journal the existence of the safe havens, have found that no one has died when shooting up at the safe haven. There were reportedly only two overdoses on sight and each of them were reversed.

Varying opinions of the idea of safe havens exist across the country. It is reported that several cities and states are pushing to implement safe havens. On Washburn University’s campus, the opinions deviate from one another.

Mckenzi Hoover, a freshman at Washburn, claims to find validity in the operations by stating “in the long run, it helps with the amount of people dying. It would also help people in general.” Hoover goes on to express her concern for helping the families of people who suffer from drug addiction, saying “doing so could save many families. It could even help children from not having parents.”

Madison Bell, a freshman, feels very similarly about the operations. She recognizes that addiction has always been a problem and that this is an avenue to help people in a way that is helpful, but abnormal in our society. “In my opinion, drugs will always be a problem. No amount of laws or restrictions will counter it. Providing a safe house will help the people who are under the influence of drugs become more safe.”

Despite personal affiliation with an opinion on the issue of safe havens, it’s apparent that something must be done. The growing opioid abuse in the United States will continue to grow until we make effective change in efforts towards helping our citizens.