Trump takes a stance against transgender 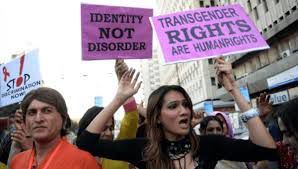 The Trump administration has voiced the possibility of rolling back on the government’s efforts toward protection and recognition of the transgender community is the U.S. New efforts are leading toward a circumscribed definition of gender as being a biological basis that is clear, grounded in science, objective and administrable.

The scope of federal civil rights law is getting ready to be increasingly limited. A poll conducted in 2016 by the Center for Disease Control and Prevention estimated that 1.4 million people in the U.S. identify as being transgender.

This new definition that Trump’s Department of Health and Human Services is working on will be applied to Title IX law that bans sex discrimination in federally funded schools.

According to the New York Times, this definition will include something along the lines of  defining sex as either male or female, unchangeable and determined by the genitals that a person is born with.

The Trump administration’s new definition doesn’t make scientific sense. Sex is based on the biology of reproduction while gender is based on the societal and personal sense of being masculine or feminine. Sex, as opposed to popular belief, is not dichotomus. Chromosomes do not always match as XX or XY. Different chromosomal makeups, such as XXY or XYY, make up the third sex, which is intersex.

Someone can have the physiological resemblance of being a man or a woman, but could easily have parts of both primary sex organs. When this happens, it is common to misidentify a child at birth. The sex assigned at birth does not always align with how that person develops or views themselves as adults. This common misunderstanding of our sex and gender makeup has clearly made its way into the Trump administration.

This news is not quite out of the ordinary for the government. Despite promises made during his candidacy, Trump has consistently endorsed concepts and ideas that are anti-LGBTQ+.

Amongst some of the attempted legislative changes is the efforts to ban trans people from serving in the U.S. military. After former President Obama made strides for equality and lifted the ban, Trump made efforts to reinstate it. While his efforts were blocked and faced a litany of court battles, the effort speaks volumes for Trump’s attitude toward the LGBTQ+ community.

Another attack of the trans community was when the Trump administration rescinded on an Obama effort and guidance that proclaimed transgender children are protected in K-12 schools. Their rights included using the restroom and locker room that aligned with their gender identity. Even after facing plentiful backlash, the nullification stood.

“I’m angry to know that the government is trying to get rid of such a prominent group of people,” said Corie Gleason, freshman at Washburn and ally of the LGBTQ+ community.

The confusion and hurt doesn’t stop there as members of our faculty are also reportedly off-put by our government’s attempts.

Jericho Hockett, psychology professor, shares her opinion on the matter.

“This kind of legislation has implications that place an already disenfranchised sector of our society in even more imminent danger,” Hockett said.

According to the information, the new definition is supposed to be officially proposed by the end of 2018.