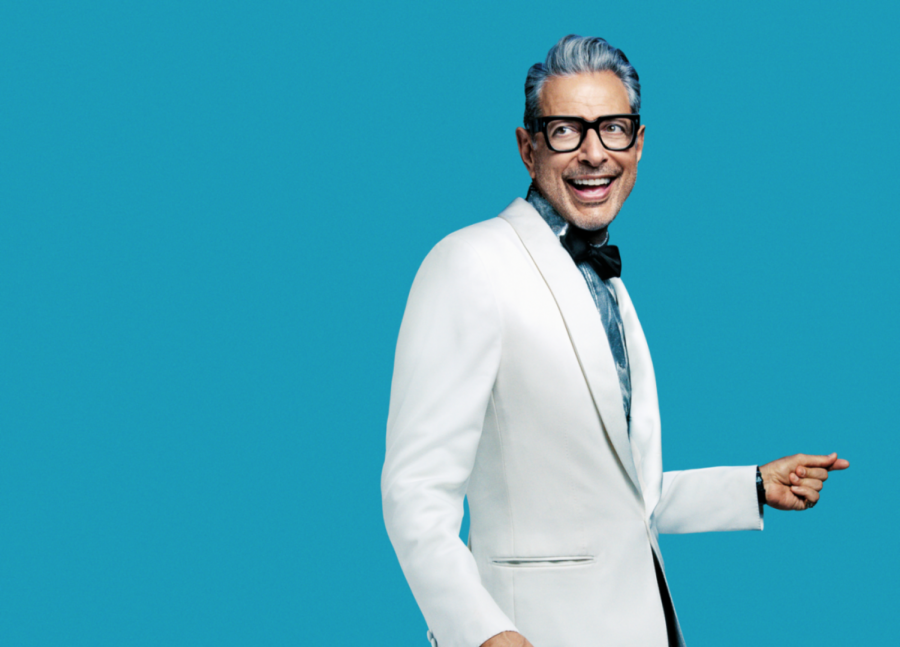 Renaissance man: Jeff Goldblum takes his talents from the big screen to the recording studio. Goldblum partners with famous faces such as Haley Reinhart, Imelda May and Sarah Silverman.

Jeff Goldblum’s delicious eccentricity is well-known throughout the movie industry. The actor, known for his roles in classics like “Jurassic Park,” “Independence Day,” “The Fly,” and more recently in “Thor: Ragnarok,” has an inexplicable charm about him that comes out when he saunters through a stage or when he punctuates every other sentence with a buttery “umm” or “uhh.”

When I was on the verge of listening to Goldblum’s debut jazz album, “Capitol Studios Session,” I was looking for his mannerisms to translate into his music. I am happy to announce that I found what I was looking for.

Goldblum performs the songs in front of a live audience, which, as many people don’t know, is what he does on a semi-regular basis with his jazz ensemble, Mildred Snitzer Orchestra, on Wednesday nights. He also has other high-profile performers accompanying his piano, such as Haley Reinhart, Imelda May and even the comedian Sarah Silverman.

The music itself is nothing too special. There is nothing avant-garde about it. It soothes the ears and serves the cabaret-style the album seems to be emulating, but Goldblum’s improvisation and Goldblum-isms elevate it to an enjoyable level.

The setting is intimate, and the atmosphere is jocular. Audience members woo the band and other performers. As Goldblum sprinkles in a few arpeggios and floral inflections here and there, he flirts casually and with self-awareness with his on-stage guests. This is just Goldblum having fun with his band, his creation and most importantly, being himself.

Before the song “Me and My Shadow,” Goldblum candidly chit-chats with Sarah Silverman for a little over three minutes and Silverman goes along with it. Even in the song itself, Goldblum expresses his doubts to Silverman about leaving butter out so that it will be soft for use in the morning. Silverman gives assurance that it’ll be alright. Later in the song, Goldblum sings, “In Jurassic Park, scary in the dark,” and Silverman adds haltingly, “I am scared that I’ll be eaten.” Goldblum purr-growls as a response. This comedic offbeat camaraderie is just one of the album’s virtues.

Goldblum’s eccentricity and his unabashed expression of the self is why people, especially the denizens of the internet, love him. The eccentricity isn’t just for show. He will happily go around handing out hotdogs from a truck named “Chef Goldblum’s” as part of research for a role. He will play the piano in front of a London crowd as part of a promotion. He will do all of this with the same Goldblum-ian swag that is apparent in the many, many late-night interviews he’s had. Even in the Thor movie, as the Grandmaster, he seemed to be playing himself.

“Capitol Studios Session,” may not appeal to everyone, but I think it will reach both Goldblum fans and jazz enthusiasts in a meaningful way. One doesn’t have to be an avid jazz listener to enjoy this album. Neither does one have to know Goldblum to enjoy his personality. And for the intersection of those two classes of people, this album will tickle their joy like Goldblum tickles the ivories–delicately and playfully.