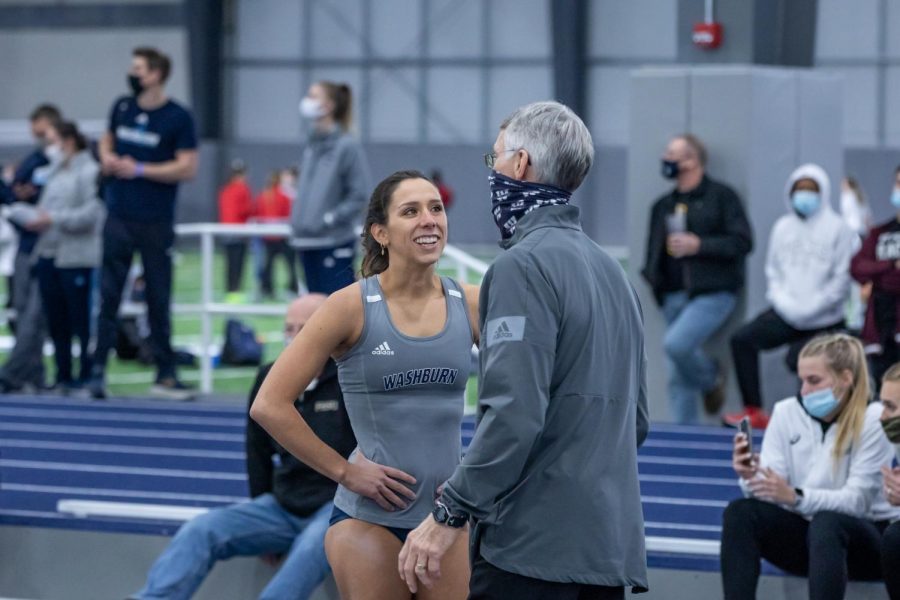 If you haven’t heard the name Virgi Scardanzan, you have now—and you might want to remember it.

“I knew there was a chance of getting to the podium,” Scardanzan said. “I just focused on myself and everything worked out.”

Scardanzan has had an incredible track record at Washburn as a three-time All-American athlete and the school record holder in both indoor and outdoor pole vault. She holds the fifth best mark in NCAA Division-II history after clearing 4.35 meters. A full list of Scardanzan’s accomplishments can be found here.

Despite securing second place, Scardanzan did not qualify for the 2020 Olympics due to the qualifying height in Italy being 4.70 meters.

“I definitely did not think that in just a year I could have almost made the Olympic team,” Scardanzan said. “We weren’t planning on it so I wasn’t trying to peak at the right times to make the Olympic team.”

Scardanzan has put in the work since high school to make it to where she is now. In her freshman year at California State University Northridge, she was clearing just 11’ 10 ½ inches.

Rick Attig, assistant men’s and women’s track and field coach at Washburn University, has worked with Virgi since she came to Topeka. In fact, it was one of Attig’s former athletes that recommended Virgi come to Washburn for pole vault.

“In the fall it was obvious that everything was starting to click and she found her fourth gear,” Attig said.

In May of this year, Scardanzan graduated with a bachelor’s in kinesiology: exercise and rehabilitation science.

In addition to her athletic achievements, Scardanzan has also proven to be an excellent student and has been accepted into the MBA program at Washburn. She plans to graduate in August 2022.

“You will rarely find a person who works harder than Virgi,” said Britt Lauritsen, assistant athletic director/SWA/compliance at Washburn University. “I am so incredibly proud of her as a person and as an athlete.”

Scardanzan has accomplished great things at Washburn, but she isn’t stopping just yet.

“The next few years are going to be filled with opportunities and the focus is now on Paris 2024,” Scardanzan said.