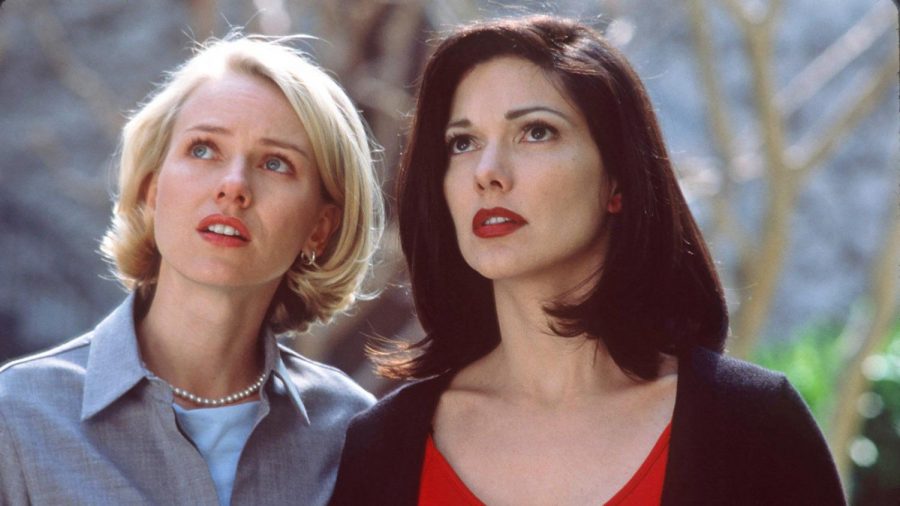 A Masterpiece:  'Mulholland Drive' is one of those rare films which is truly perfect. Pictured are protagonists Betty and Rita, portrayed wonderfully by Naomi Watts and Laura Harring.

Without question one of the greatest films ever made

‘Mulholland Drive’ is a masterpiece. One of the best films of the last 20-ish years in general of all time, and transcends the neo-noir genre.

Directed by David Lynch (‘Lost Highway’, ‘Blue Velvet’, ‘Twin Peaks’) Mulholland is considered by many to be Lynch’s best film, and being someone  who hasn’t actually seen all his films, I would have to agree. The film is about Betty (Naomi Watts) an woman coming to Los Angeles hoping to making as an actress, who cross paths with Rita (Laura Harring) a woman who gets amnesia after getting into a car crash, and they get caught in a strange set of events. Also starring Justin Theroux and Robert Forster, it is best to not get into the plot, as the film is best seen blind.

One of the best things about Mulholland is the surreal nature. It is definitely a rewatchable movie, and the kind of film that every time you come back and watch it, more things are clear, and you discover more facets to the story. Another thing is the dialogue. In perfect Lynch fashion, there are segments where the dialogue is off-puttingly stilted, and it is downright perfection. I long to see any sort of dialogue even compare to what Lynch has written in his library of works. That being said, this film is definitely a complex one, but I would say for its own benefit.

Another thing I love about this film is Angelo Badalamenti’s score (Twin Peaks, Blue Velvet) and the music as a whole. His opening theme solidifies the mood of a dark “City of Dreams”, and encapsulates the mood of the film perfectly. There is also some source music as well, and that is amazing too, particularly Rebekah Del Rio’s inclusion, and a focus on Orbison era oldie music. Just like ‘Twin Peaks’ Mulholland Drive wouldn’t be what it is without that score.

The cast is also perfection. Naomi Watts’ ‘Betty’ in particular has so many layers and humanity. I will never not get goosebumps when seeing her performance in this film. Laura Harring’s ‘Rita’ is also a home run, as well as Justin Theroux’s ‘Adam’, who sparked my love of Justin Theroux being in some weirdo roles, as Adam is just a joy of a character. The cast is huge and there are a wide array of characters, and all of them have a specific, crucial spot in this film. Patrick Fischler, Ann Miller, Billy Ray Cyrus (yes, you heard that right), everyone.

It is really hard to express just how great this film is, and no review could ever do Mulholland Drive any sort of justice, it just has to be seen. Naomi’s Watts’ performance is one of the greatest performances in cinema that I have ever seen, by a longshot. This film has so much heart, soul and sincerity it is a breath of startlingly fresh air. The Neo-Noir Los Angeles is a setting David Lynch as a director was made for, and he makes it his own It brings you into the world he’s created perfectly. It gets better everytime you watch it and its’ depth cannot be understated.

As said before, this film certainly isn’t for everyone, but I can still wholeheartedly say, this is one of the greatest films I have ever seen.