Books to binge over break 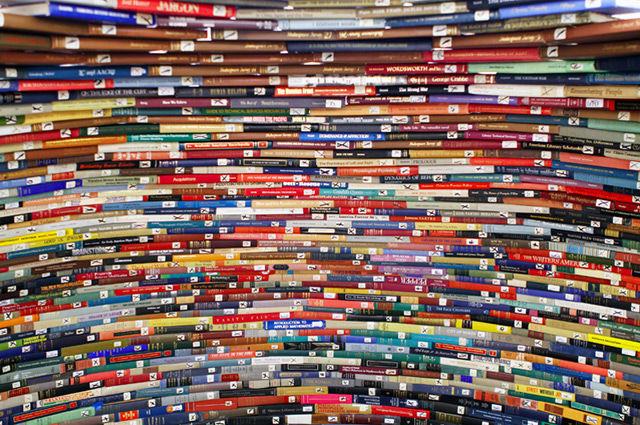 It’s the most wonderful time of the year! You’re done with your finals and ready to kick back and relax.  Although we are living in the era of television and Netflix, there are also many books we would never have time to read during the rest of the year. After all, winter is the ideal reading season. Outdoor activities are less appealing, and the urge to cozy up to a warm fire is upon us.

Here are some of the binge-worthy books to read this holiday.

1.    Americanah (Fiction) – Americanah is an impactful book and one of Barrack Obama’s favorite picks of 2018. It’s a powerful story of race and identity by Chimamanda Ngozi Adichie, the award-winning author of Half of a Yellow Sun. The fictional novel is a story of a young Nigerian woman Ifemelu who comes to the United States to attend university leaving the love of her life Obinze, who cannot get a visa but still encourages her to go. She moves apart from him slowly and struggles to hold on to her dream. The story talks about her experience with racism, relationships, and studies.

2.    The Wind- Up Bird Chronicle (Science Fiction, Psychological Fiction) – Haruki Murakami is a Japanese author and most highly regarded novelist. This book is about a Tokyo based man Toru Okada who is unemployed and has a complicated married life.  His life takes a surprising turn when his wife mysteriously disappears, and he goes on a search for her and immediately a series of odd characters enter his life, each with a complex story to tell.  Murakami received Yomiuri Literary award for this novel, which was awarded by his harshest former critics,Kenzaburō Ōe.

3.    The Sixth Extinction: An Unnatural History (Non-Fiction) – Elizabeth Kolbert is a science journalist and this book she argues that Earth is in the midst of a man-made sixth extinction. This book is a detailed and fascinating delineation of just what we are doing to this planet. Kolbert discusses the big-five mass extinctions, which had cataclysmic effects on earth’s biodiversity. These mass extinctions and their probable causes are the: End-Ordovician, glaciation; Late Devonian, volcanism; End-Permian, the warming of the oceans, the rampant proliferation of a bacteria that produced hydrogen sulfide, and a consequent greenhouse effect; Late Triassic, ocean acidification; and End-Cretaceous, a gigantic meteor collides with the earth. The philosophy behind this book makes the reader take a hard look at the impact of humankind on our planet.

4.     Wind Chime Café (Romance) – Sophie Moss is a USA Today bestselling author. The story is about a single mother Annie who moves with her daughter to Heron Island for a fresh start and meets a Navy Seal man Will who is secretly struggling with PTSD. This book is emotional, heartfelt and suspenseful at times and it also grapples with issues our country is currently struggling with: how to reintegrate wounded vets to society, women abused by powerful men and the challenges of single parenting.

5.    The Shadow of the Wind (Mystery) – Carlos Ruiz Zafon is one of the world’s most read and best-loved writers. This thrilling story is about Daniel, a young boy whose father is a bookseller.  He is taken to the cemetery of forgotten books and allowed to pick out one book that he is expected to save or, in a sense, remember throughout his life. He picks a novel by Julian Carax titled “The Shadow of the Wind,” and is immediately sucked into the story. From there, the novel follows Daniel as he begins to learn more about the elusive author, Julian Carax, and about the web of lies and intrigue that he gets trapped in.

6.  The Goldfinch (Thriller) – Donna Tart is the author of the Goldfinch for which she won the Pulitzer Prize for Fiction award in 2014. The book is centered on 13-year-old Theo Decker, whose mother dies in a terrorist explosion at the Metropolitan Museum in New York. In the chaos, Theo escapes with his mother’s favorite painting, The Goldfinch, a priceless masterpiece by a Dutch artist which later becomes a burden and an only connection to his lost mother. He is abandoned by his father and is taken in by family of a wealthy friend and has a hard time fitting in to his new life style. The story follows Theo into adulthood, through a series of tragedies and misadventures, until at last he must face the consequences of his actions.