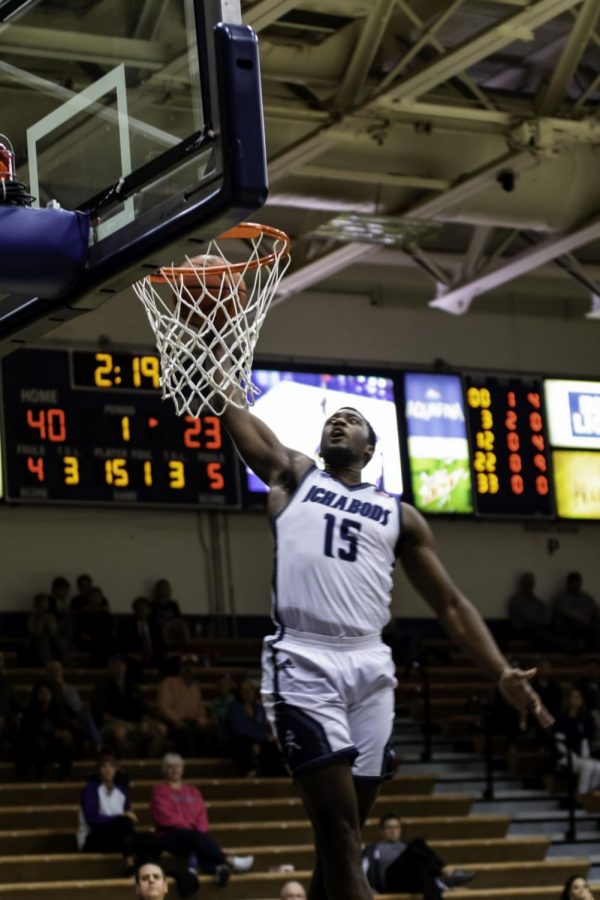 Dunk! This is why you don’t let Freshmen Sevon Witt have unfettered access to the basket: he will put it in for two.

The Ichabods will travel this weekend to compete in the Las Vegas Hoopla tournament in Las Vegas. After a pair of wins last week, the men’s team will enter into the two-day event with a 7-1 record, while the women’s team will be entering with a 4-4 record. The tournament will be broadcasted on KTPK 106.9 FM for fans to listen.

Both teams will return to the court after the holidays Monday, Dec. 31 at Lee Arena.

Indoor season kicked off for the Bods over the weekend as they compete in the Northwest Missouri Mel Tjeerdsma Classic & Multis tournament in Maryville, Missouri. Between the men and women’s teams, there were 23 Top-five finishes, five new school records and seven athletes who set a NCAA Provisional.

This meet was the only one for the Bods this fall as they will not return for competition until Jan. 11-12 where they will kick off the 2019 season by competing in the Graduate Classic in Lincoln, Nebraska.