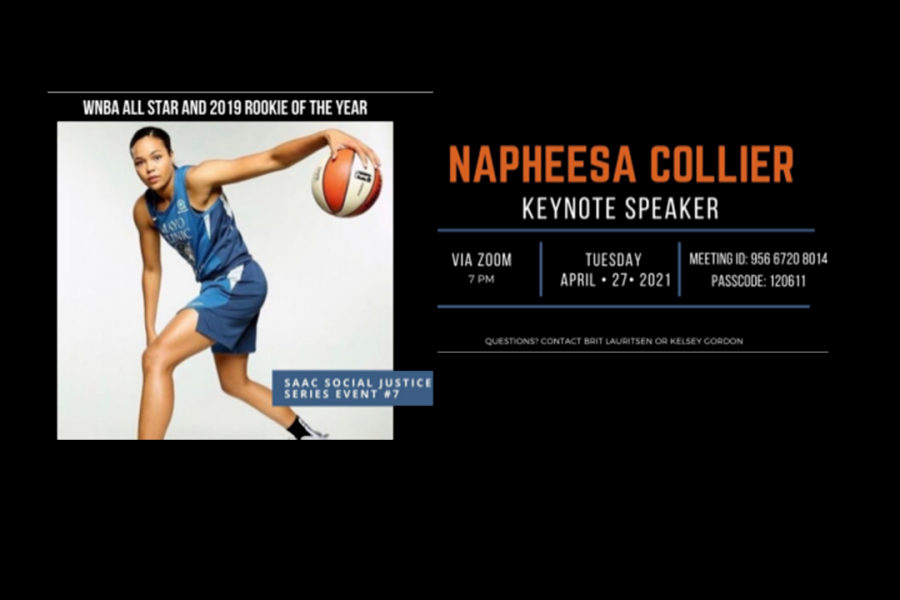 Washburn’s Student Athlete Advisory Committee has invited Napheesa Collier as a keynote speaker for its 2021 Social Justice Series on Zoom. She will speak at 7 p.m. Tuesday, April 27. She will be discussing topics such as social justice, race and gender equality, and advocacy.

Collier plays for the Minnesota Lynx and Team USA. She was named the WNBA All-Star and Rookie of the Year in 2019. She is the fourth player in WNBA history to score at least 400 points, 200 rebounds, 75 assists, 50 steals, 25 blocks and 25 three-pointers in a season. Her college team, the University of Connecticut Huskies, won a national championship in 2016.