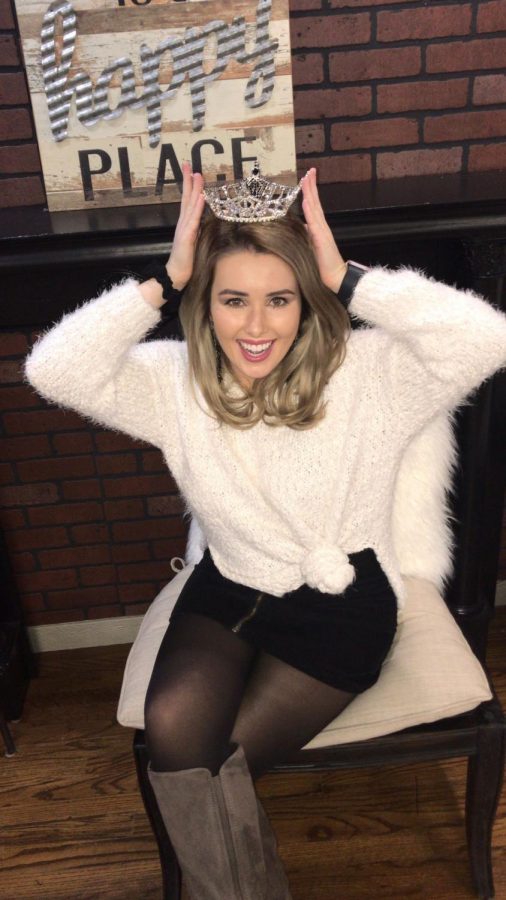 Mail may be dying as a form of communication but without it, Washburn junior Brittney Clark may not have started doing pageants.

Clark states that most girls win after two or three tries but she didn’t.

“[What pushed me to keep going] had to be knowing that I’ve already put in so much work, why quit now? And I really wanted to have a title, not just for the crown and sash, but also to bring awareness to my platform which is A Soldier’s Story,” said Clark.

The mission of A Soldier’s Story is, “to help preserve the memories of those that have helped shape our country.” For her platform, Clark works with veterans to hear their story. She focuses more on female veterans because she feels that their story often is not told, and most people think of veterans as being males.

Along with creating a platform, each pageant requires girls compete in three areas: an on-stage interview, talent and evening wear.

“I like preparing for the interviewing and knowing what’s going on in the world,” said Clark.

Before doing pageants, Clark didn’t really stay up to date with the news. Now, she has apps on her phone and likes to watch the news as much as she can. Clark took away a lot from her experience in pageants.

“[The biggest lesson I learned] was learning how to not give up. After eight tries, you definitely have determination. I remember waking up after I lost my seventh pageant and I was like, you know what? I’m going to sign up. I’m going to go and I’m going to try as hard as I can. If I leave with the title, awesome. If I don’t, awesome,” said Clark.

After persevering, Clark was crowned Miss Wheatland 2019 Jan. 12. Clark will compete for Miss Kansas the first week of June.

In preparation for the pageant, Clark is planning fundraisers for Children’s Miracle Networks Hospitals, a partner of the pageant. Clark has organized a percentage night from 4 p.m. to 8 p.m. Feb. 23 at Chipotle. To follow Clark, visit Miss Wheatland 2019 on Facebook.