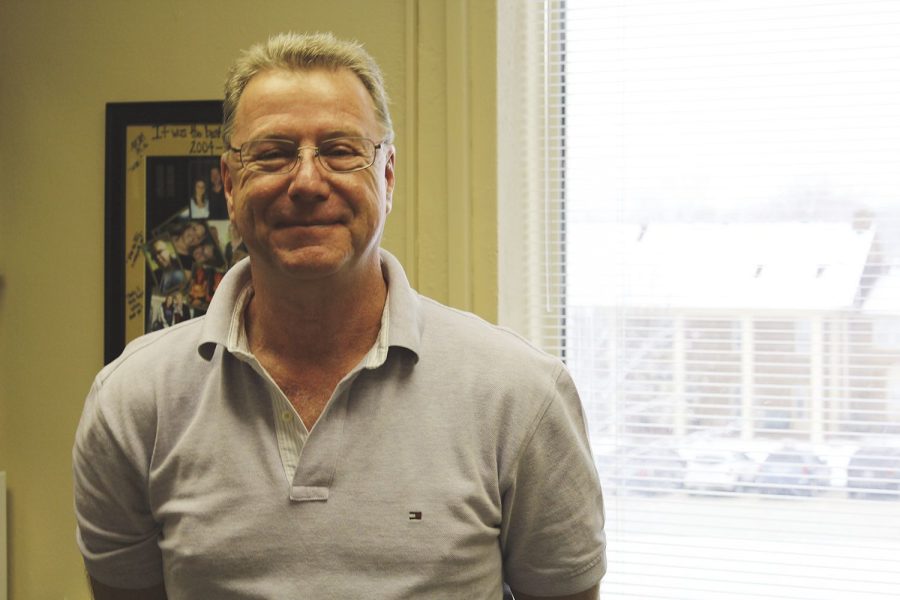 Man in the Mirror: Michael Russell talks about the ways in which he can impact the student body for the better. Russell has taught at Washburn University for more than 18 years.

Michael Russell is a professor of psychology and the director of the Scholarly Creative WTE Program at Washburn University.

“In the 18 years I have been at Washburn University, I still think this is the best institution in the country. We have great faculty, our focus is strictly on the students and their success. We have an incredibly supportive administration. We are supported by the state. This is by far the best institution I have ever seen,” said Russell.

Russell began his career at WU in the fall of 2001 after teaching at Bucknell University and Kutztown University which are both in Pennsylvania.

“I love teaching a course where most, if not everyone, walks in saying, ‘I don’t want to take this course.’ They are afraid of math, but by the end of the semester they are no longer afraid of the math at all,” said Russell.

A favorite part of teaching for Russell is getting his students to think about new ideas.

All students struggle at some point in their college career. Whether it is an assignment or class that takes persistence and practice to understand; or even a personal problem that can often cause havoc in students grades and involvement at school. It can often seem that teachers are too far removed from student life to be able to empathize with a work load or just not understanding a homework assignment. For Professor Russell, however, this is not the case.

“First, I try to be as understanding as possible. I put myself in the student’s shoes, if I haven’t already been in those shoes. Next, is to be flexible. Most deadlines, I do not believe to be all that important. So most important is to just be understanding,” said Russell.

Students can also often feel like a burden to their professors when they have question in or outside of class. They may not go to them for help because they feel help is an insignificant thing for the professor to have to make time in their busy schedule for. Professor Russell makes it a priority to be friendly and easy to talk to.

“I like students to think of me as approachable. If there is something wrong, they feel like they can come to me for help,” said Russell.

Teachers have hopes and dreams for the future just like students do. It can be a great way for students to see those older and wiser than them strive toward a better life.

Russell said, “My goals are to keep improving as a teacher, there is always room for improvement. As director of the WTE program, I would love to have President Farley double the budget so we can send more students to conferences. To be able to get all the equipment that they need to do their scholarly creative projects. I also would like to be more published and more well known as having made great contributions to my field.”

Not only are goals supposed to be scholarly, but personal goals impact every aspect of an individuals life. When a professor as well known and loved as Professor Russell, it can have a great impact on the society at large.

Based on Russell’s positive outlook on life and his sincere commitment toward the welfare of every student, it is no surprise that he is the recipient of numerous awards of excellence and achievement. Not to mention he is also one of the highest rated professors on “Rate My Professor” at WU, a public forum for college professor reviews and ratings source based on individual student’s feedback.

In closing, Russell talked about the difference he can try to make in the world.

“There’s a song by Michael Jackson called ‘Man in the Mirror’. I listen to that and realize if we all made the world just a little bit better, but we all really did it, the world would be a pretty amazing place,” said Russell.