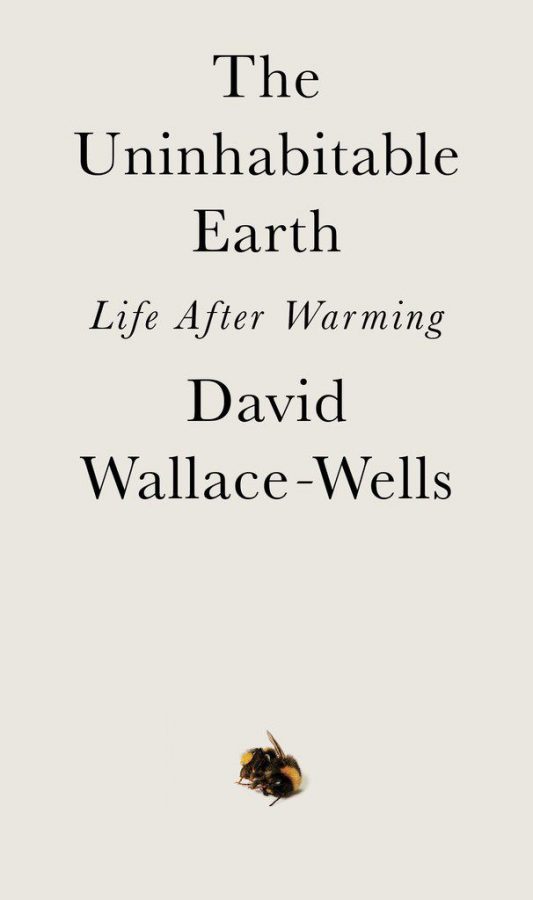 Bleak future: "The Uninhabitable Earth: Life After Warming" reveals a future where the earth's ecosystem has fallen apart. Our choices today may change that eventual outcome.

All life is tied and pulled by the same string. Humans though, tend to hold onto the mentality that we are somehow separate from other living organisms on earth.

The timeline for the foreseeable future of life on planet earth, and past experiences that brought us to this point, is best explained in detail by David Wallace Wells’s book called “The Uninhabitable Earth: Life After Warming.”

But understanding the value of all life on this planet can be best communicated in a documentary about octopuses, and the similarities humans share with these fascinating undersea creatures.

The documentary called “My Octopus Teacher” was created by and is about Craig Foster who visited and photographed a single octopus throughout the duration of its life, winning the Academy Award for Best Documentary in 2021.

Off the coast of Africa, Foster follows a female octopus and gains her trust. For days and months to come, both Foster and the viewer learn about her character and the remarkably talented life of a creature with two hearts and eight individual-thinking limbs that have 500 million neurons.

But learning about the octopus was a door to understanding how delicate our ecosystems here on earth function, and what threatens all of life. Climate change is not only confirmed in this book, but predicts outcomes. Which is to say: more rain, more fire, and more destruction.

“Life After Warming” by Wells was an incredible book to read; understanding what exactly is being done to the planet as we speak. A confirmation from a man who followed climate change across different geographical regions, and technological evidence that shows an expansion of prolonged neglect… our planet is dying.

The book is split up into two main parts. The first part is the different elements of chaos or the different ways in which the world is crumbling from the inside, taking thousands of lives with it. Looking at it ethically, our future generations are screwed by the decisions made in the past. Dying oceans, hunger, drowning, wildfire, unbreathable air, and all around the global crisis is already a part of our reality.

“Life After Warming” is a deep call to action, with hard evidence to bring to the forefront of daily decisions made, policies affected, culture-shocking relationship with technology, and most of all, nature.

I suggest watching the documentary first, to gain outside perspectives of a different world inside of our world. But then, read this book next. You’ll care a lot more, understand how limited of a time humankind has on this earth and how to prevent future, more permanent damages.

My Octopus Teacher is out on Netflix: Cast, Plot, and more – Finance Rewind