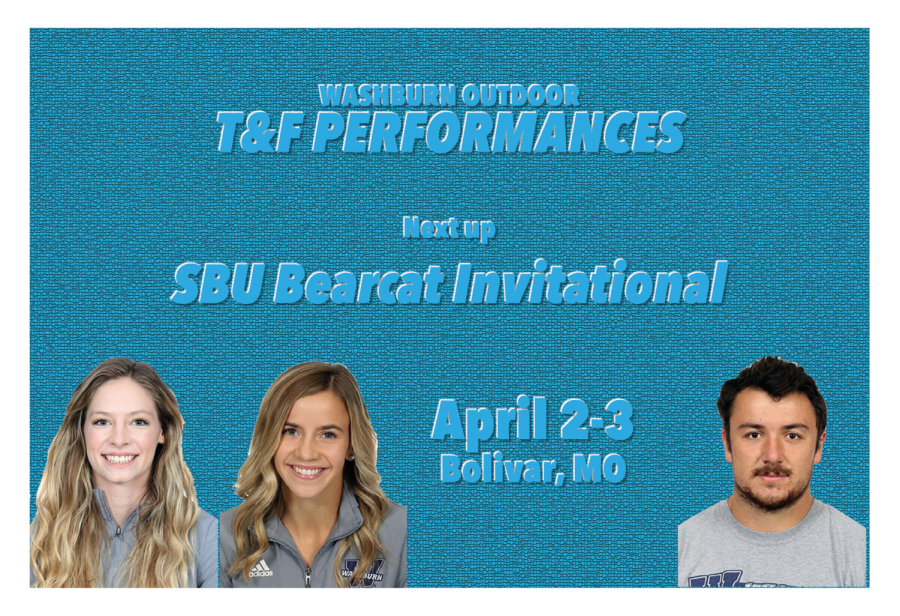 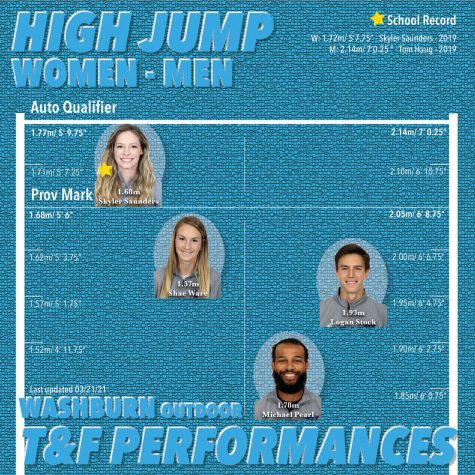 On March 26-27, the Washburn track and field team competed at their second meet at the ESU Relays in Emporia, KS.

Skyler Saunders added the second NCAA provisional mark for the Bods. Saunders jumped over 1.68m/5’6″ in the high jump and took the win as well.

For the second straight week in a row, the women’s 4x100m relay squad of Darian Hillebert, Mandana Vouillemin, Shae Ware, Isabella Hohl broke the school record with a time of 48.22.

Colton Dunkle got very close to a NCAA privsional mark in the shot put. With a throw of 16.33m/53’7″ he only needed one more centimeter/half an inch to be put on the national list.

This week, the Bods are travelling to Bolivar, MO, to compete at the SBU Bearcat Invitational April 2-3.

In these graphics you can see the most recent performances of the Ichabods in every event they competed in. You can also see how far they’re headed for a NCAA provisional mark and automatic qualifying mark. You can click on the graphics for a closer look. Bods that improved their seasonal bests are highlighted. 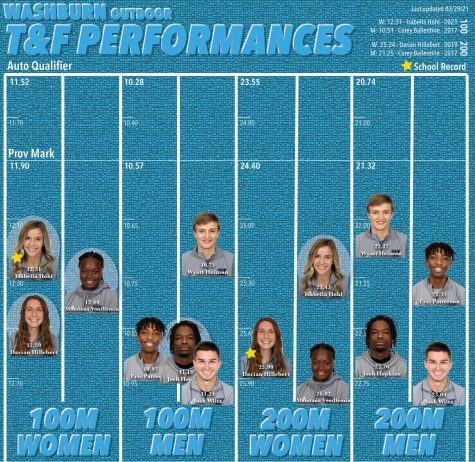 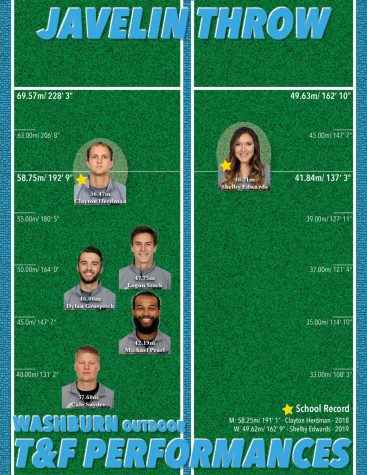 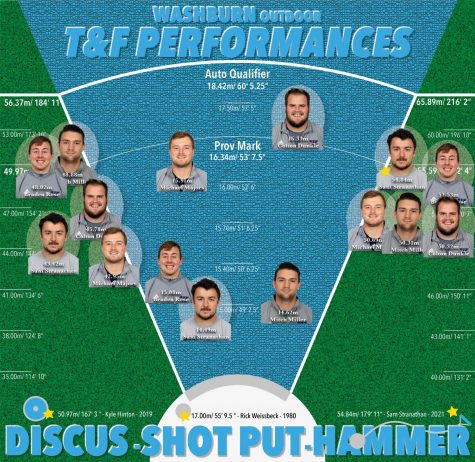 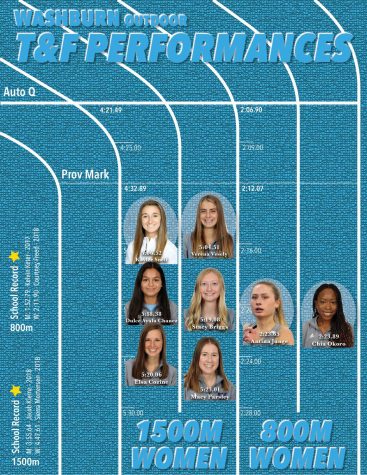 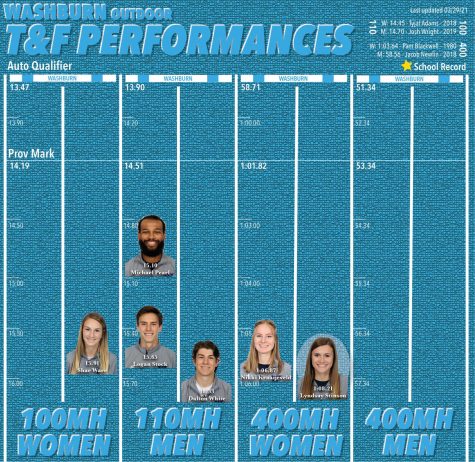 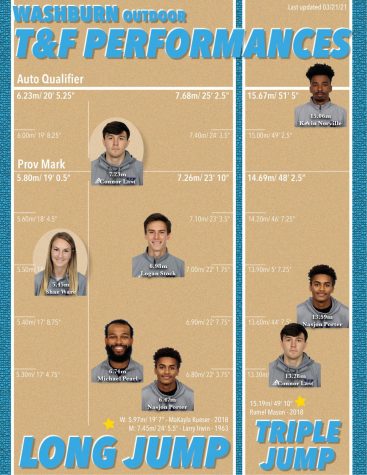 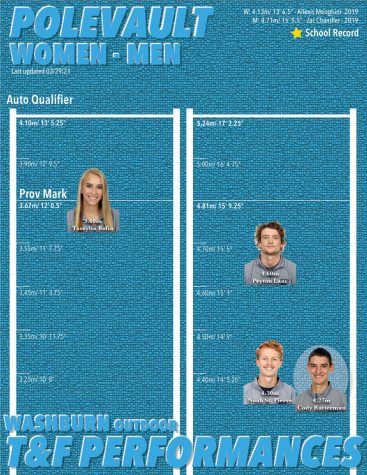