Brief: Men’s basketball set for first round of NCAA tournament 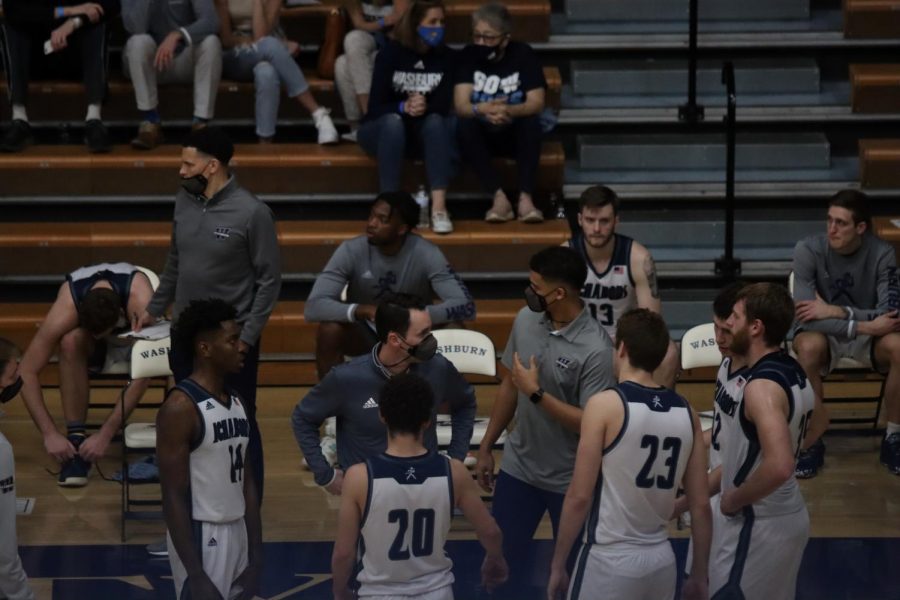 Work it out: The team strategizes during a timeout in the second half.

This weekend, the Washburn University Men’s basketball team will move forward into the first round of the division two NCAA tournament after missing it last year.

The run earned Washburn a three seed in the central region of the bracket, which took place in Aberdeen, South Dakota. That seeding gave them a first-round matchup against Missouri Western State University. The Washburn team has only celebrated one victory out of the three times they have faced this opponent.

The quarterfinal game took place on Saturday, March 13, at 8:45 P.M. More information about the game can be found here on the Washburn Sports website.