Dollar/Jeter campaign taken off ballot by WSGA election board 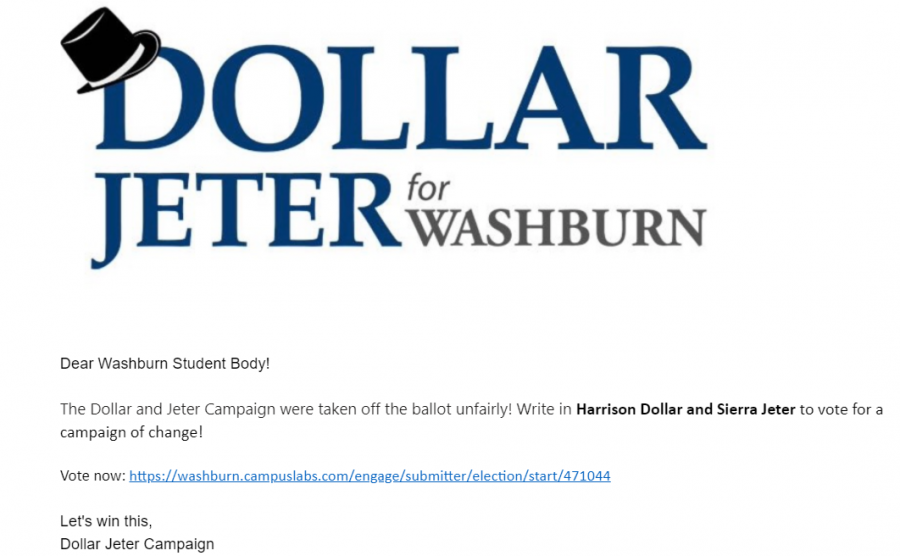 Urgent: This is a statement released to some of the student body via email that the Dollar/Jeter campaign put out.

The Dollar/Jeter WSGA campaign has been taken off the ballot for this year’s student government elections.

The decision to remove Harrison Dollar and Sierra Jeter from the running for the Washburn Student Government Association election came yesterday on March 15 when the election board for WSGA met at 4:00 p.m. Their decision was unanimous to remove the campaign from the ballot.

WSGA Chief of Staff, Jaron Caffrey, indicated that this decision was out of the control of the election board and in the hands of the university itself.

Dollar commented on the situation, stating that he was shocked at the decision and would do what he could to change it.

Both Caffrey and Dollar have confirmed that the policy violation is the main reason for why the campaign has been taken down and that it was primarily the decision of the university to take the Dollar/Jeter campaign off the ballot.

Dollar has taken to social media to express his feelings and notify his supporters of the situation. Dollar’s Instagram for his campaign is here along with his personal Instagram account here where you can tune into the active conversation.

WSGA will be releasing a statement later today at 1:30 p.m., according to Caffrey.

This is a developing story. More will be published within the next few days addressing this situation.

WSGA has sent out it’s press release on the situation: 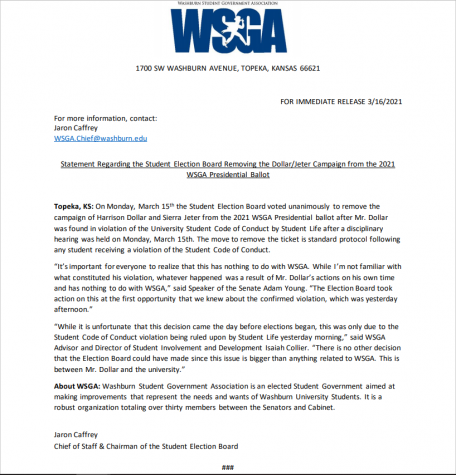