House fire near southwest corner of Washburn’s campus under control 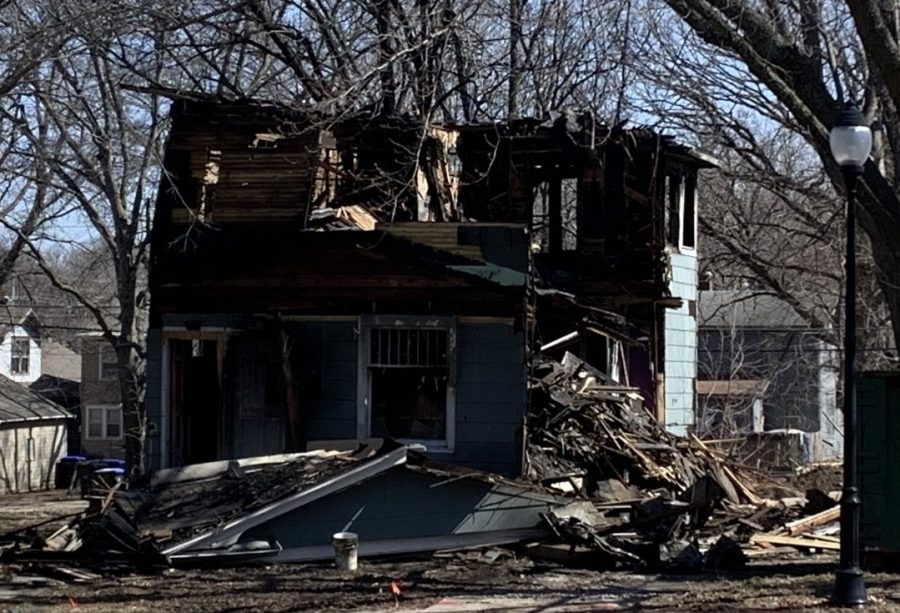 Crews are tearing down a house near the corner of 17th and Washburn, across the street from the parking lot east of Stouffer Science Hall. It caught fire Tuesday, March 9.

A house caught on fire near Southwest 17 St. and the Southwest corner of Washburn earlier today around 2:30 p.m. Topeka Fire Department and Police in conjunction with Washburn Police have shut down the nearby intersection as they handle the ongoing situation.

In a recent press release, the Fire Department indicated that fire crews responding to the incident found heavy smoke and flames coming from the two-story, wood-frame residential structure. They also indicated that the structure was vacant when the fire began.

An estimated $30,000 worth of damage has been done to the building.

No one has been reported injured. Washburn University Director of Public Relations, Patrick Early reported that the fire represented no danger to the campus.

Washburn students and others are encouraged to avoid the intersection if possible until fire crews declare it safe.