League of women voters discusses KS politics: the good, the bad and the horrible 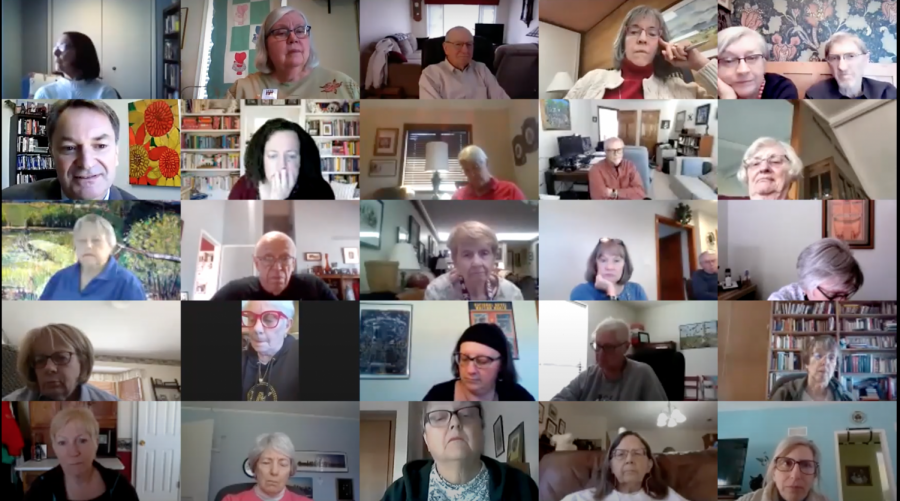 Let him speak: Dr. Beatty presents and answers questions to the League of Women Voters on March 2, 2021. Attendees got Beatty's take on some of the latest political events of 2021 in Kansas and beyond.

On Tuesday, March 2, 2021, Washburn Professor and Chairman of the Political Science Department Bob Beatty met with the League of Women Voters (LWV) and others from the Topeka community to discuss current topics happening in the political world today.

The League of Women Voters is an organization that was founded in Wichita, Kansas and has been around for 101 years with a mission to educate and empower voters while defending democracy.

Vicki Arnett, the President of the LWV, stated the organization does not support or oppose any candidate or political party. Arnett said the group is very active in the Shawnee County community; for example, they educate high schoolers on how to take part in an election and register to vote.

“We go into all the high school civics classes and history government classes that are available and we are able to work with our local election office to do what we call pre-registering,” said Arnett. “If you’re 17, we can register you in your high school. Then we take that voter registration to the election office, and the election office will hold it until you turn 18, and then you’re ready to vote.”

The LWV has a thing called “Tuesday Topics” where they get well educated people to come and discuss topics that are happening right now. The Shawnee County Health Officer, Dr. Erin Locke, came and spoke briefly about the safety management that has been taking place since the pandemic while Dr. Beatty discussed more politically-related topics.

Dr. Beatty is well known and well liked within the LWV, having spoken at least once a year to the group for years.

“His presentations are very popular with league members,” said Arnett. “And, you know, it gives him an opportunity to do something different other than being on TV, and out of the classroom.”

This past discussion covered the history of the electoral college and its effectiveness as well as the first 38 days of Biden’s presidency.

“The purpose was to cover the last topics of the last few months basically since January, and that they really wanted to ask for those two things,” said Beatty.

53 people zoomed in to watch and listen to Beatty’s presentation; seven of those 53 were people not in LWV but members of the community who were interested in diving deeper into those topics.

The LWV is around to help people understand more about politics and how the government works. They encourage everyone to participate in any way they can to better educate themselves. The organization offers scholarship opportunities for anyone who is eligible: https://my.lwv.org/vermont/winona-smith-scholarship-application-2021.