‘Polar’ movie review: Not even Mikkelsen can save it 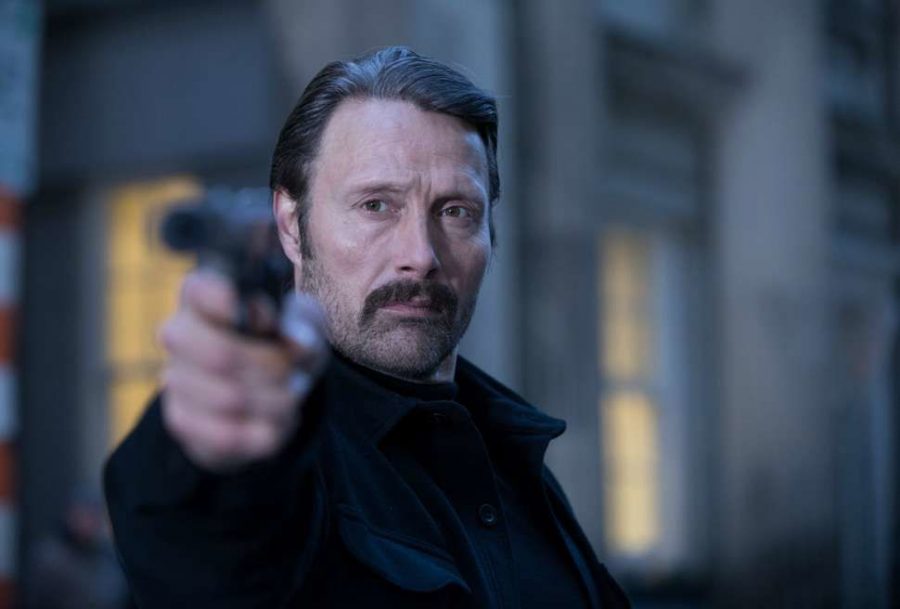 Netflix's latest misfire: Even to someone who can find enjoyment out of a B-action movie, 'Polar' still left me feeling disappointed in a missed opportunity. Pictured is Duncan Vizla, portrayed by Mads Mikkelsen, who he alone makes 'Polar' watchable.

This movie could have been so good.

Mads Mikkelsen as an eyepatch-wearing hitman? This alone made me want to watch “Polar,” and his performance alone makes this movie watchable.

Directed by Jonas Åkerlund and based on a graphic novel series of the same name, “Polar” is about seasoned contract killer Duncan Vizla, nicknamed the ‘Black Kaiser’ (portrayed by Mikkelsen). On the cusp of retirement from his a global assassin network, Vizla gets a hit put out on him by his employer, so he must kill everyone coming after him so he can actually retire in peace, and get the pension he is owed, while also protecting a woman functioning as a surrogate daughter (portrayed by Vanessa Hudgens).

This film had all the makings of a fun time. Mikkelsen as a John Wick type character, with comic book source material, and a dose of violent, well done action and a score composed by Deadmau5. Unfortunately, neither the action nor Mikkelsen salvage the rest of the movie from being a disappointment.

The first problem “Polar” has is its story, because it is a badly mixed combination of two movies. One movie is a western-like father figure trope story, and the other is a stylish tongue in cheek action movie. While in some alternate universe this could’ve been balanced effectively leading to an interesting character study and a satisfying action movie, they go about as good together as orange juice and toothpaste in a blender.

The former is where I enjoyed “Polar.” A violent man trying to live a quiet secluded life, when done properly, is always an interesting story, and Mikkelsen sells it more than convincingly. It is a shame though, because of the two plot lines, this one takes the backseat.

What makes the rest of the film so disappointingly frustrating is how poorly it’s done. While other filmmakers can definitely pull off schlock effectively, Åckerlund doesn’t. Aside from a few funny jokes that landed, the rest is just bad. Specifically, there is a significant amount of tasteless scenes, that worst of all, serve no purpose other than to be tasteless and take advantage of an R rating.

Another is the unbalanced amount of action. I like to think that most people willingly going into a B-level action movie aren’t going to be watching it for the plot, and while the action is fun while it lasts, it is not worth suffering through the rest of the movie to watch. This is a more subjective thing, but as an action movie fan, I would’ve enjoyed it so much more if it had more action to actually live up to its name as an action movie.

While definitely being a bad Netflix-distributed movie, what makes ‘Polar’ stick out is that, in some alternate universe, I can easily see myself loving a properly done popcorn movie about a hitman. Mads Mikkelsen drew me in and made this movie watchable, with a couple of fun well choreographed fights, but neither of these can let me ignore all the problems it has. The inconsistent, half-baked and at times downright off-putting storyline drown almost all of the fun “Polar” has to offer, and as the credits rolled, I was just left frustrated.