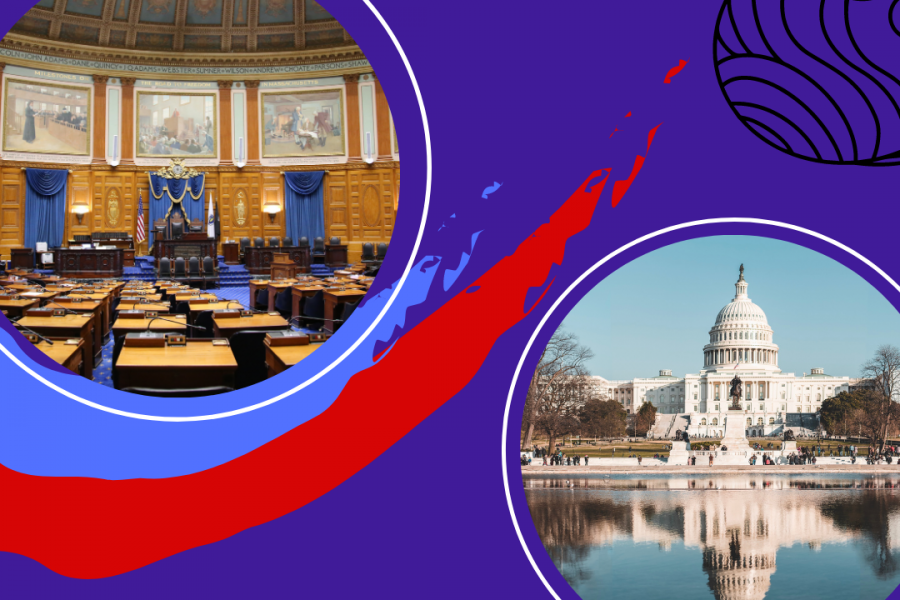 Another chapter in history: Washburn professors dissect past incidents similar to the storming of the Capitol building on Jan. 6. They looked back to the Roman Empire and past US history for examples.

A debate has been sparked over the future of the democratic ideals of the United States. Federal investigators found evidence of what has been dubbed an “insurrection” against former President Donald Trump supporters storming the Capitol.

History, political science and law departments at Washburn University discuss this troubling event by shedding light onto their perspectives of conviction, and provide historical reference dating from the Wilmington Riot (North Carolina) of Nov. 19, 1898, to the Roman Republic 509BC- 27BC.

“We tried to gather a bunch of people across campus that would be able to talk about stuff that is in their wheelhouse,” said Jeffery Jackson, professor of law.

Jackson approached the Zoom conversation from a legal standpoint in the first part of the two-panel discussion. The first discussion, “Precedents and Perspectives”, took place Feb. 4.

“My part in [this discussion] was to provide a legal and constitutional perspective over this idea [the insurrection] both as a legal theory, and then as an impeachable offense theory,” said Jackson.

When talking about freedom of speech, Twitter is a public forum that Trump used to communicate messages upon to his various supporters in the days leading up to Jan. 6. From a legal perspective, these messages have been interpreted as the initial spark for the protest and storming of the Capitol building.

“That was the whole genesis behind the idea of talking about the Wilmington Riot and how those riots influenced North Carolina politics, rationally, almost a successful coup against the government in North Carolina,” said Jackson.

Anthony Silvestri, professor of history, introduced the concept of factionalism Feb.11 in the second part of the discussion that was called “Is Democracy Sustainable?”

“We [Washburn faculty and alumni] thought to put together a panel of historians from different periods to speak about the development of democracy and the sustainability of democracy over time,” said Silvestri.

The Roman Republic fell due to factionalism, according to Silvestri, expressing the microaggressions of political parties to cause a separation of values.

“The dangers of political parties and party rivalry become more important than loyalty to a country,” said Silvestri. “I think we certainly see that in our current body politic.”

Silvestri cautions to check the egos and desires of every person, stating incremental violences devolve democracy in America.

“I think democracy is an evolution, a higher level of consciousness that sustains a democracy,” said Silvestri. “This insurrection taught us that democracy isn’t sustainable by definition. We have to act to sustain it.”

For Whitney Clum, graduate in law, she had a comfortable night in her home, drinking tea, and listening to an interesting discussion.

“Even though we have not had this at the Capitol before, the fact that there have been instances in history where something similar had happened for motivations in the same vein was interesting,” said Clum. “We have so much history and little time to cover it.”

Regardless of the result of the trial, everyone can contribute to the sustainment of democracy by taking a look at history and making future changes to a transforming world.

Edited by: Matthew L. Self,