Topeka capital shut down as Biden is inaugurated 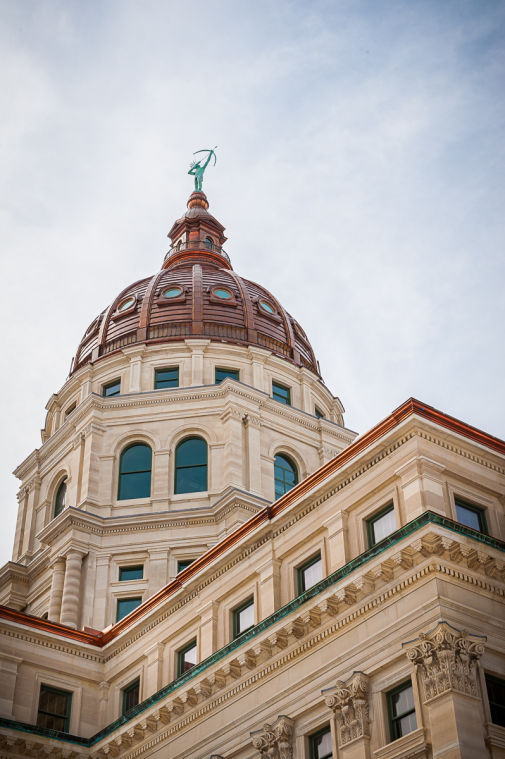 Temporarily Closed: The capitol building and other state offices were closed for two days. This was a precautionary measure by Governor Kelly.

Governor Laura Kelly announced on Monday night that every state building in Topeka except for the Statehouse is to be shut down due to possible threats of violence preceding Biden’s inauguration.

Gov. Kelly announced Monday that every state building in downtown Topeka is closed today and Tuesday. Her initial decision was made to calm the threat of potential violence surrounding the inauguration of Joe Biden as President at 12 pm today.

Multiple state office buildings including Curtis, Landon and Eisenhower along with other buildings inside the Capital Complex were closed. Employees were encouraged to conduct their work remotely because of the impromptu closings.

Due to the Washington D.C. riot on Jan. 6 that left four dead, 82 arrested and 14 injured police officers, Gov. Kelly’s fear of violence in Topeka increased. To keep employees at the Capitol safe work has been moved remotely.

“The safety and wellbeing of our employees is my top priority,” stated Gov. Kelly. “These steps are taken out of an abundance of caution – and I thank all employees for their patience and understanding during this time.”

Dr. Amber Dickenson, Lecturer in Political Science at Washburn University, stated that the last attack on Washington occurred 200 years ago by the British in 1812.

“Knowing that tense political violence took place,” said Dickenson, “I think that Governor Kelly was just trying to protect the people that work in the statehouse or state offices and perhaps in some way, send a message saying: ‘We’re not going to let the state government fall due to the same violence we saw at the federal level.’”

The inauguration itself proved to be a heightened event for security measures being placed on the capital as the 46th President, Joe Biden formally steps into office. Heightened security, virtual events and lack of presence from former President Donald Trump made this event in history different from times past, according to Dickenson.

“It’s not the first time that happened in American history,” said Dickenson, “but it’s only happened a few times before. And that really is a good sign that we are dealing with some pretty heavy political decisions when you don’t have the out-president there supporting the new/ incoming president.”

The shutdown is only temporary and no violence has taken place as of yet in the nation’s capital or in Kansas’ capital.