Book Review: “The Americano” is history at its finest 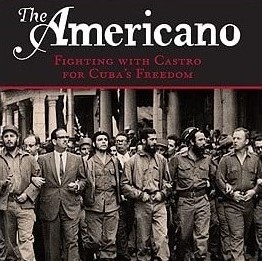 Hidden history: "The Americano" is a rich story about adventure, action, love, friendship and betrayal. It is sure to snare the attention of any with an interest in Cold War history.

“The Americano” is one of those stories that sounds too unbelievable to be true. But, upon closer inspection, truth proved to be stranger than fiction.

Written by Aran Shetterly and published in 2007, this is a story about 1950’s Cuba when the Cold War was increasing in intensity. Communism was spreading across many parts of the globe and the threat of nuclear destruction was continuing to build.

But all of these events provided historical context to the intense and incredible life story of William Morgan, an American soldier fighting for Cuban independence alongside historical figures such as Fidel Castro, Che Guevara and Eloy Menoyo.

This book blew me away when I read it. I consider myself to be knowledgeable with history. But this story was full of details from the Cuban Revolution that I had not known existed. The life story of the American soldier who gained the trust of his fellow rebels, became a comandante in time, and helped Castro, a sworn enemy of the United States, come to power before being executed by the same man after the revolution ended. This book had me flipping through pages as quickly as I could read them.

The story is all the richer for its historical accuracy. It gives an in-depth look at Cuba’s past and dealings with the United States, putting Castro in a different light from the beginning. “The Americano” poses the question of how things might have been different between Cuba and the United States; which was a tragic, lost opportunity between two nations.

Morgan can be described as a lost soul; always seeking adventure and never quite fitting in with his peers. Whether it was in school or in the military, Morgan never really settled down, even when he eventually married and started a family. It was not until he reached the sunny shores of Cuba that he found a cause worth fighting for and like-minded people.

William Morgan hails from Toledo, Ohio where, at the age of 22, he was working as a high-school janitor. Seven years later, in 1958, he would become part of the rebel army fighting for independence from Cuba’s corrupt president Fulgencio Batista.

Joining the Second National Front of the Escambray, one of the major revolutionary groups in the country at the time, Morgan aided his fellow rebels in the fight for freedom in the Escambray Mountains located in central Cuba. There, he used his military experience to train men to fight a guerilla war against the overwhelming forces of Batista and eventually gained the trust of his new brothers-in-arms.

At the revolution’s conclusion, intrigue and deception replaced fighting in the mountains. It was this web of lies that eventually snared Morgan as he was caught between the Communist supporters of Castro, spies from the Dominican Republic, Cuban exiles, the CIA and other unsavory characters. Put on trial just a couple years after the rebels ousted Batista, Morgan was swiftly condemned and executed as a spy and traitor to the revolution.

Shetterly makes no attempts to hide the eventual, violent conclusion to Morgan’s life and does his best to explain why and how it ended in such a way. He sums it up with the sentence, “Morgan’s life had a long, searching beginning, an extraordinary middle, and a quick and violent end.”

Morgan spent most of his life trying to find something to fight for and he found it in Cuba. He discovered a new family, married the love of his life and became a hero for a brief moment in time just before losing it all.

Morgan’s story had me interested from the get-go and anyone else who is similarly captivated by Cold War history will find this book both fulfilling and difficult to put down. Shetterly puts you in Morgan’s shoes, thus allowing the reader to follow him along on his adventures in Cuba and the almost unbelievable experiences that he makes while fighting for freedom. He is a tragic character, a symbol of a bridge that could have existed between the United States and Cuba, that could have led to a very different outcome for the island nation’s future.

“The Americano” will keep you on the edge of your seat till the very end, even though the death of the main character is known from the beginning. If you’re after an incredible story that dives into the depths of a man’s psyche and has no shortage of action and intrigue, then this book is for you.