Washburn alumna gets diploma and publishes book in the same year 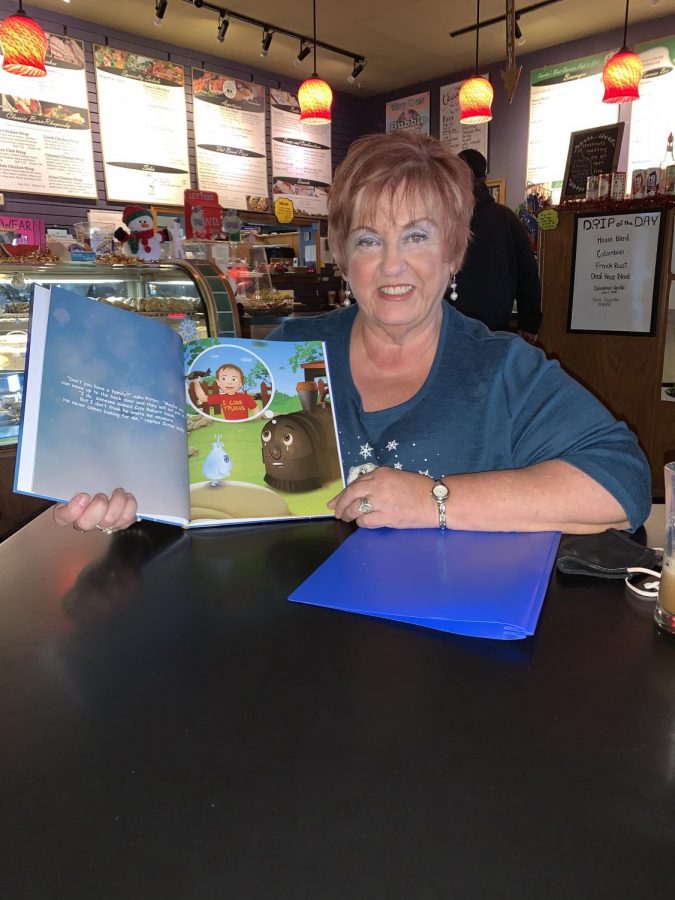 Favorite page: Melody Osborne-Samuels showing off her favorite page. She spent many hours working on each page for her story.

“Follow your dreams” is what everyone tells you growing up. At some point in time, dreams usually fade and reality sets in; for Melody Osborne-Samuels, that couldn’t be further from the truth.

Samuels is a Washburn University alumna who graduated in 2019 and is already a published children’s author. As of November 30, 2020, Samuels published her first book, The Adventures of Misty Raindrop- Misty Makes a New Friend.

She always knew that she wanted to be a writer from early on in her life. After doing odd jobs throughout the years as well as raising a family, she decided it was better late than never to go to college and get her degree.

“I missed going to college out of high school and I’ve always missed that,” said Samuels.

Samuels already had the vision of her first book in her head for years. She was going to make sure everything she did in college was going to help her make her dreams come to life.

While at Washburn, Samuels majored in English and made sure her classes would benefit her plans for the future. She took a meteorology class with KSNT’s Chief Meteorologist Matt Miller to better understand weather in order to make her book as realistic as possible. She even took a video game class with mass media professor Matthew Nyquist because she has an idea for a video game book in the future and wanted to know how it worked to create a game.

Samuels credits her success to her professors because of how well they taught her as well as helping her after she graduated. “They gave me everything I needed,” said Samuels.

“I have rarely met a student who was as prepared to identify and pursue her dreams and goals in life as Melody was,” explains Steinroetter.

Samuels had a goal of graduating college exactly 50 years after she graduated high school in 1969, and she did everything she could to meet that goal.

After Samuels graduated in May of 2019 she had sent out 15 manuscripts and by September that same year she had a contract. Due to COVID-19 and personal health issues, the release of the book was delayed.

The character of Misty Raindrop helps to describe how water changes and travels across the world over the course of Samuel’s 32 page book. The story emphasizes how even the smallest forces on our planet can have a big impact and the importance of working together with friends.

Samuels is still hard at work: she has two books that are done, two drafts, two ideas in the works and she is working on a novel. She will continue to have Misty going on adventures as different forms of water such as fog and snow.

She is dedicated to making her books educational for every age level; she does this by making them educational about science as well as following the theme of childhood issues. Samuels wants to make sure she can make her readers find a connection to her books and learn something.

The Adventures of Misty Raindrop- Misty Makes a New Friend is being sold in many books stores such as B.A.M., Barnes and Noble and Amazon.