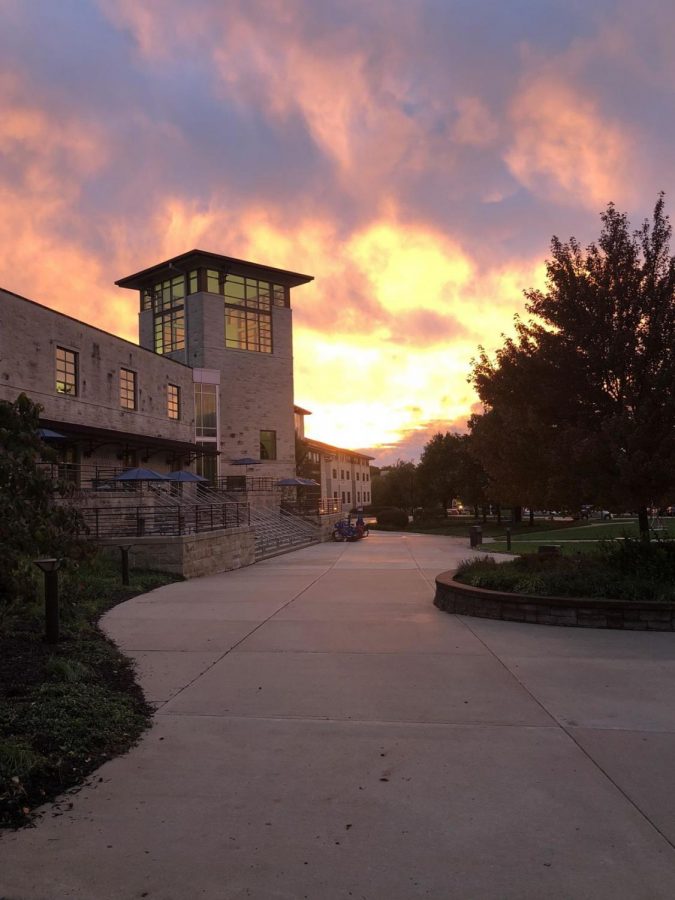 I am a non-traditional college student. I dropped out of high school in the middle of my sophomore year and I acquired my GED within the 5 months of living in Kansas after a spontaneous trip away from my Colorado home. At the time, my daughter was one and a half years old and it was her tiny hands and huge imagination that drove my motivation to a level beyond what I thought I could attain. I graduated with my GED in May 2017 and became an Ichabod in the following fall.

Not only was I new to Kansas, I was new to the academic environment. It had been years since I had been in a formal classroom, following formal academic schedules and deadlines. On top of that awkward feeling of not belonging, I was also a single parent. I felt like the world was on top of one shoulder and my daughter was on top of the other. I didn’t know how to find my balance. My advisor told me that I should enroll in WU 101 my freshman year so I did, and my journey began.

My freshman year advisors’ name was Jennifer Cummings. I grew to love her throughout my first year at Washburn. Eventually, she moved on from small town Topeka and is now sharing her love and advising wisdom to students at a university in Florida.

My advisor was also one of the professors who led my WU101 class along with Star Program Specialist and Lecture 12m, Drew Burkes. These two professors became my academic peers. Cummings gave me my first planner during one of my meltdown meetings and taught me her personal strategies on what worked for her. Currently, I use my planner rigorously, and I am lost without it. Drew Burkes helped me through a very emotional turning point during my freshman year by offering his friendly advice and opinion. These professors helped me to apply for a scholarship that I currently hold now.

The first thing I learned in WU 101 was that I should ask questions. As awkward as my situation felt, we all had something in common, we were all new to Washburn. I asked every question that came to mind and surely enough almost everyone else was wondering that too.

The skillshops were very important to me. Through skillshops, I learned how to navigate a large campus, which doesn’t sound terribly difficult, but it was. I learned how to utilize my available resources. As students at a university, we have numerous resources offered to us, and it’s important to get to know what is offered to us and how to find them so that we can use them. Attending skillshops opened a number of possibilities and networking.

Of course, not everyone will agree that WU 101 was some life changing experience, but personally, I grew a lot with the professors who led my WU 101 class and I appreciate every piece of advice they gave me. I wouldn’t be as organized or on top of it, if it weren’t for them. This class is essentially a stepping stone to guide students onto their college career paths.

I advise other students to respect your WU 101 professors and peer educators, pay attention to the advice they give you and get involved with the university as much as they encourage.