‘Conversations with a Killer’: The Ted Bundy Tapes’ 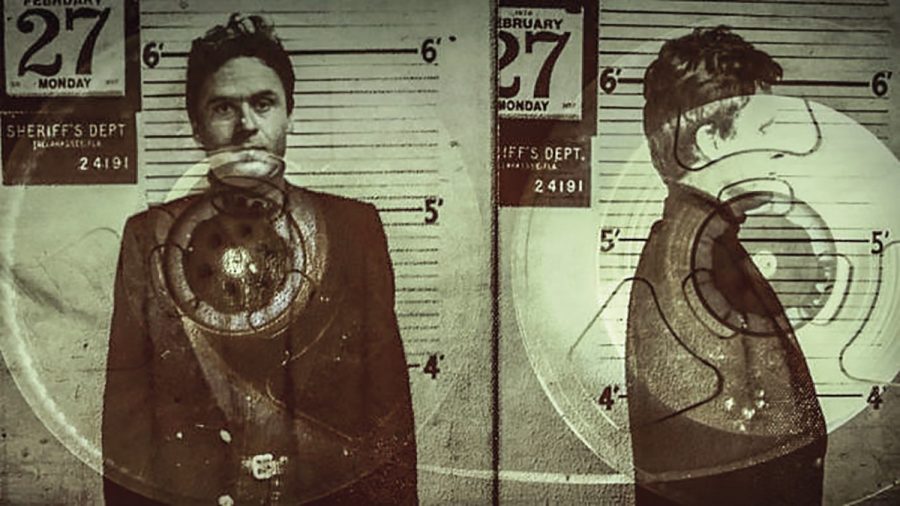 Psycho Killer: Serial killer, Ted Bundy, poses for a mugshot, as seen in the Netflix docuseries. More than 100 hours of interview recordings with Bundy were analyzed for the series.

Have you ever heard the voice of evil?

“Conversations with a Killer” offers an unprecedented peek into Bundy’s mind, as it draws from roughly 100 hours of taped interviews that journalists Stephen Michaud and Hugh Aynesworth conducted with Ted Bundy while he was on death row.

The brand new docuseries is all the rage with true crime drama fans.

The notion that so many people love to learn about serial killers is scary but relatable. Criminals’ unknowable nature has long fascinated the masses. We even have a serial killers course here at Washburn just to satisfy the curiosity to know what pure evil looks like.

It seems like serial killers are a different species of human. It seems impossible someone could hold so much hate for society and could be so easily triggered to kill innocent people.

“Conversations with a Killer: The Ted Bundy Tapes,” shows us that not all serial killers appear to be any different than the ‘normal’ people.

Bundy was a young man from a normal family. His parents took him to church every Sunday and never believed he was capable of the heinous acts he committed. Even while on trial for the murder of two college age women and evidence piled against him, his mother refused to believe the accusations against him.

Both Bundy’s mother and his ex-wife, Carole Ann Boone, appear in the archival footage in the docuseries. His long-term girlfriend Liz Kloepfer can also be heard in a recorded interview.

In addition to Bundy’s family, executive producer Berlinger conducted on-camera interviews with a number of people who interacted with Bundy at various points in his life or who were somehow involved in the murder investigations: former friends, detectives, prosecutors, psychologists, Michaud, Aynesworth and other journalists, as well as insights from a near-victim.

The conversations with Bundy is presented chronologically from his childhood up until the day he died.

“Conversations” is a bit of a stretch because the episodes mainly consist of Bundy delivering brief monologues about his life and personality. Bundy was, at first, unwilling to open up about any of the cases until the interviewer encouraged him to speak in the third person as to avoid incriminating himself. It is therefore unclear how much of what the murderer said is true.

Bundy’s nationwide rampage extended throughout most of the 1970s during the ‘golden age’ of serial killers, his personable demeanor and charming looks allowing him to stay off of the radar. At his capture, he confessed to the rapes and murders of more than 30 women, some of them as young as 12 and 13.