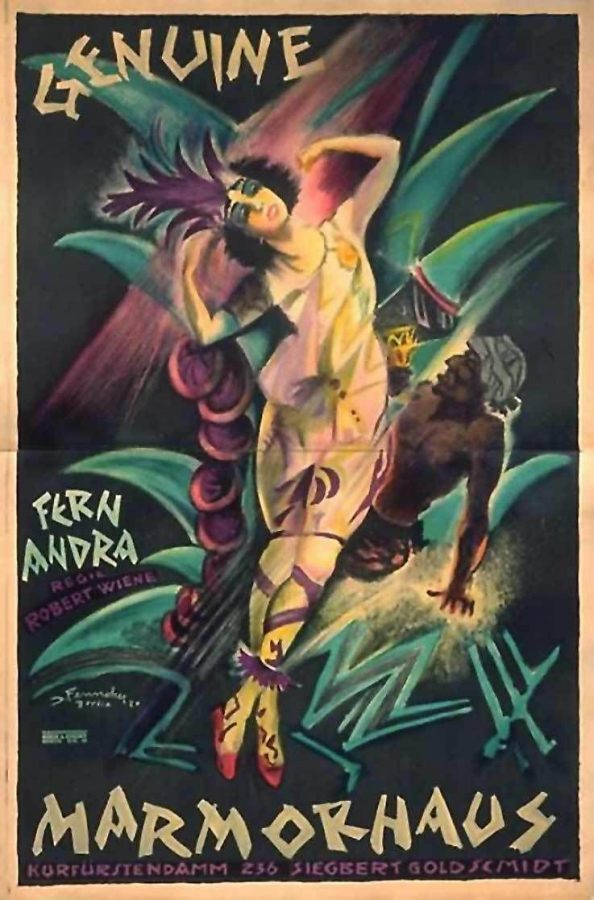 “Genuine: the tragedy of a strange house”

(AKA Genuine: A tale of a vampire) 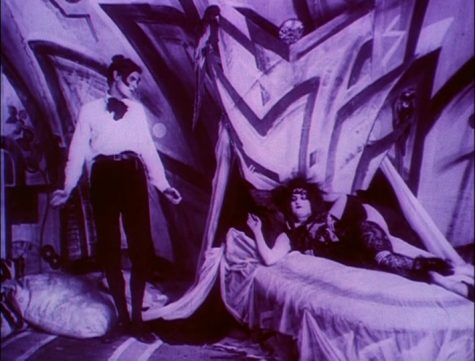 Intent on cashing in quickly on the success of his Cabinet of Dr. Caligari, director Robert Wiene reassembled much of the Caligari team (screenwriter Karl Mayer, cinematographer Willy Hameister) and recruited another batch of Expressionist artists (headed up by Cesar Klein) to do sets and costumes for Genuine: The Tragedy of a Strange House (released abroad with the subtitle A Tale of a Vampire, even though it didn’t have a vampire; that’s a succubus, all the experts insist, more vamp than vampire).

Genuine, priestess of some indistinct “savage” tribe (cue racist stereotypes), is sold on the slave market (cue Orientalist motifs) to top-hatted Lord Melo, who imprisons her in a lavish basement chamber (cue Gothic). When, longing for freedom, youth, and love, she escapes (American actress Fern Andra’s background as a tightrope walker coming in handy there), murder, romance, and mayhem from a scythe-wielding mob ensue. Watch for the skeleton with a clock as its head.

Released the same year as Caligari, the film was rather—ok, significantly—less successful than its predecessor and has largely been forgotten since.