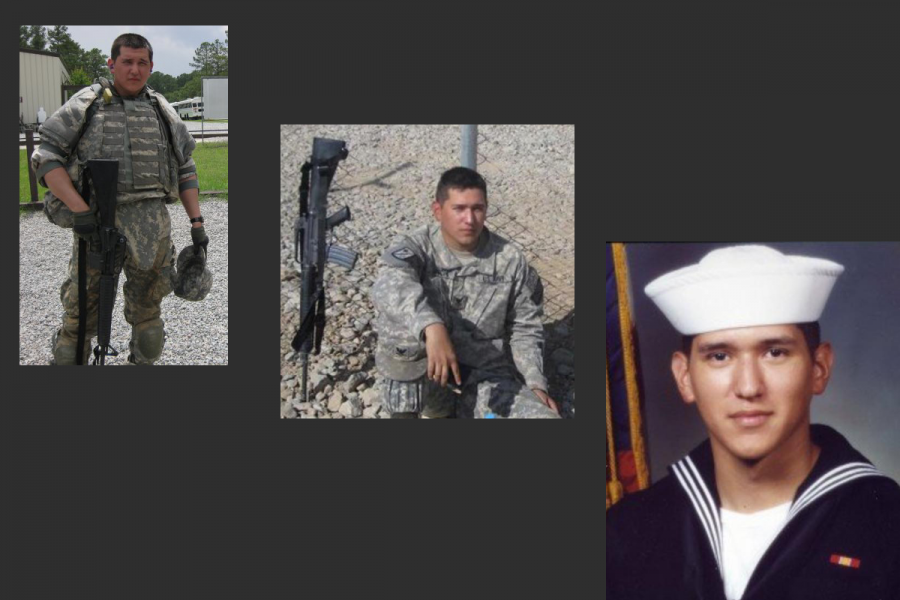 Can you imagine being 18 years old, still finishing high school, and deciding to enlist in the military? For Chad Garcia, the deciding factor was that he didn’t want to look back on his life and not have accomplished anything.

At first, Garcia didn’t think much about the military, because he said the idea “didn’t resonate with him.” However, Garcia’s father had been in the Army and after being approached by a recruiter, and deciding the Navy had the best uniforms, Garcia enlisted in the Navy.

Garcia is now 31 years old, and it has been years since he first enlisted in 2007. A student at Washburn University with a full-time job in IT, Garcia looks back at his time serving as an accomplishment and is proud to be a veteran. He served four years in the Navy, and when he finished his enlistment he started working and taking college classes.

Although Garcia didn’t face any big challenges transitioning from high school to the Navy, he said it was a culture shock and the first week of boot camp was the hardest.

Bootcamp lasted two months and took place in Illinois. The soldiers received letters from family on Sundays, which Garcia said was “the coolest thing that can happen to you in boot camp.” Luckily for him, his family was supportive of his enlistment.

Garcia spent the first half of his enlistment in the United States, and his first duty station was in Norfolk, Virginia. He started out doing “primarily encryption and communications,” he said. And although he was in the Navy, the majority of his time was spent on land.

Garcia was able to call home to stay in touch with family, but that got a little trickier once he was deployed in 2009 to Afghanistan to assist the Army, and in 2010, he was deployed again to serve in Africa. That’s when Garcia said his family knew “no news is good news.”

Garcia finished his enlistment in 2011 and made it home in great spirits. He took a break as he adjusted back to civilian life but was happy to be back.

“[The world today] does kind of make me miss being in the Navy a little bit because, like I said before, it doesn’t matter your background or who you are,” Garcia said. “Especially deployed, you know, you have each other’s back no matter what.”

Garcia now works full time in the IT industry and is pursuing a degree in Technology Administration at Washburn.

One benefit of serving in the military is access to further education, which hundreds of veterans and active service members complete at Washburn today through the GI Bill. Washburn University has set staff members in place to help members of the military succeed in their education such as Chris Bowers, the military transitions coordinator at both Washburn and Washburn Tech, and Yvette Montgomery-Phifer, the school certifying official for veteran-connected education benefits at Washburn.

“And we know that not only do we have student veterans, but we also have dependents, we have their children, we have their spouses,” Bowers said. “We have a pretty large community on campus.”

Montgomery-Phifer also has a key role at Washburn because of her work  “certifying veterans’ enrollment with the VA,” she said. She may be behind the scenes, but without her, veterans would not be able to use their benefits to take classes.

Montgomery-Phifer and Bowers both help veterans on campus, and although it may be in very different ways, veterans take notice of how simple and easy they make the process for them to be in school at Washburn.

Garcia is a little too busy with work and classes to interact with the veterans’ office often, but he said that “they provide a lot of resources over email, and the staff will reach out to us to make sure we have everything we need to succeed.”

Garcia made the most of his time in the Navy after making a big decision to serve at 18 years old. He now has a career, is working towards a degree, and is proud of his time serving. He has no regrets about his service and said that he would do it all over again.

“You know, it makes you realize, like, we’re all Americans,” Garcia said. “We’re all on the same team. And that’s a good thing to experience firsthand.”