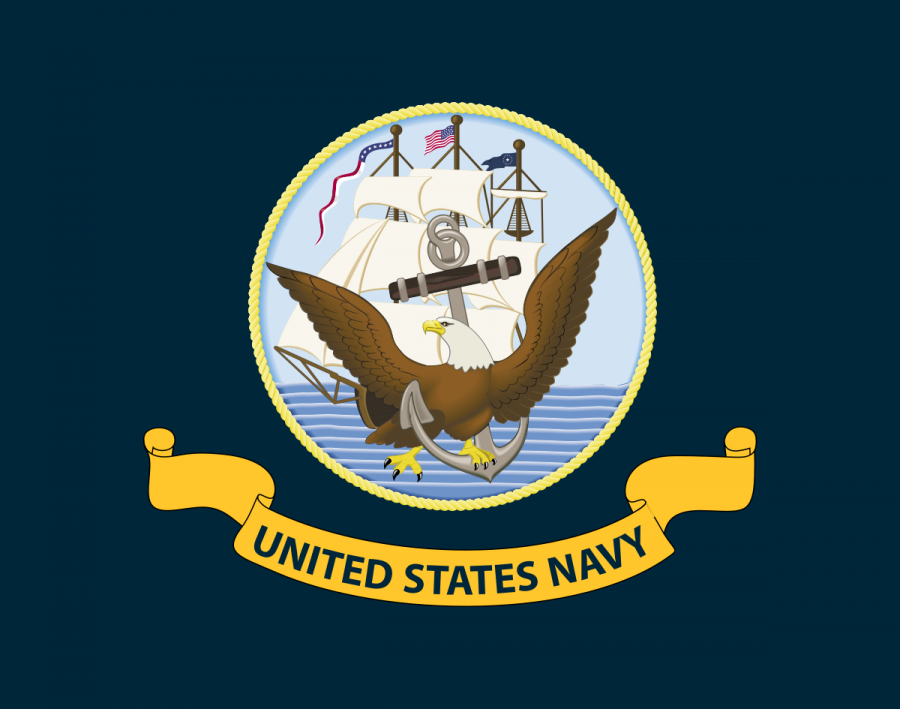 Brad Miller, a business major at Washburn University, is a veteran who never went shipboard during his five years in the Navy.

“There are actually a ton of planes in the Navy, which is why I ended up in air traffic control school after boot camp,” Miller said.

Miller decided upon enlisting in the Navy after attending college for a couple of years but not being able to decide on what he wanted to study. He didn’t want to waste any more time or money on college without a clear goal in mind, and he’d always been drawn to the military thanks to his grandfather, who had served in the United States Air Force. He picked the Navy instead of the Air Force because of an old picture from his childhood of a sailor in his dress blues that stuck with him.

“My parents thought it was good for me to go into the Navy since I had been kind of a wild child,” Miller said. “They were actually surprised I wanted to enlist, but my mom and I sat down and looked up the best jobs that the Navy had that transitioned well to civilian life, and once I had a plan, I was ready to commit.”

Miller ended up going to Chicago for eight weeks of basic training and then because of his high math scores on the ASVAB test, the Navy tried to recruit him to be a nuclear engineer.

“I thought going to school for engineering sounded boring, so I said I wanted to get into air traffic control instead,” Miller said. “I ended up in Pensacola, Florida, going to school for eight to 10 hours a day for six months. The school had a 70% drop out rate, but I made it through and ended up being sent to Nevada to Naval Air Station Fallon.”

Miller loved working at the airport in the desert and ended up being in the radar building and the air control tower.

“My position was called the local,” Miller said. “I was the person who actually talked with the pilots before takeoff and landing and directed the air traffic.”

Miller ended up being promoted to tower manager and is proud to have been the lowest rank tower manager ever as a Petty Officer Third Class E4. At that point, Miller was training E6s and E7s, higher ranking enlisted personnel.

“The camaraderie you’ve got with everyone who looks out for everyone on base was nice,” Miller said. “I still stay in close touch with a fellow sailor who was from Missouri and who I became good friends with during boot camp.”

When Miller decided not to reenlist in the Navy, he and his wife knew they wanted to come back to Kansas, near to where their family is in Wichita.

“Initially, I wanted to get a job at the airfield in Hutchinson but instead, I got offered a job in Topeka,” Miller said.

Miller now is the air traffic manager at Phillip Billard Municipal Airport where he runs the daily business.

“The job description between what I did in the Navy and what I do here in Topeka is exactly the same, but it’s a very different change of pace,” Miller said. “I was used to more of a structure in the Navy where basically, every day was an air show. There, I’d have daily events like 60 F/A-18s taking off at 8 a.m. and returning at 9:45 a.m. Here, I pretty well deal with Cessnas, Medevac flights, and Bonanzas, but nothing big or flashy like the Navy has.”

Miller’s now working on a business management degree at Washburn and even though he didn’t end up close to Wichita with his family, he and his wife are enjoying raising their two kids in Topeka.