Veteran transitions to from Army to nursing 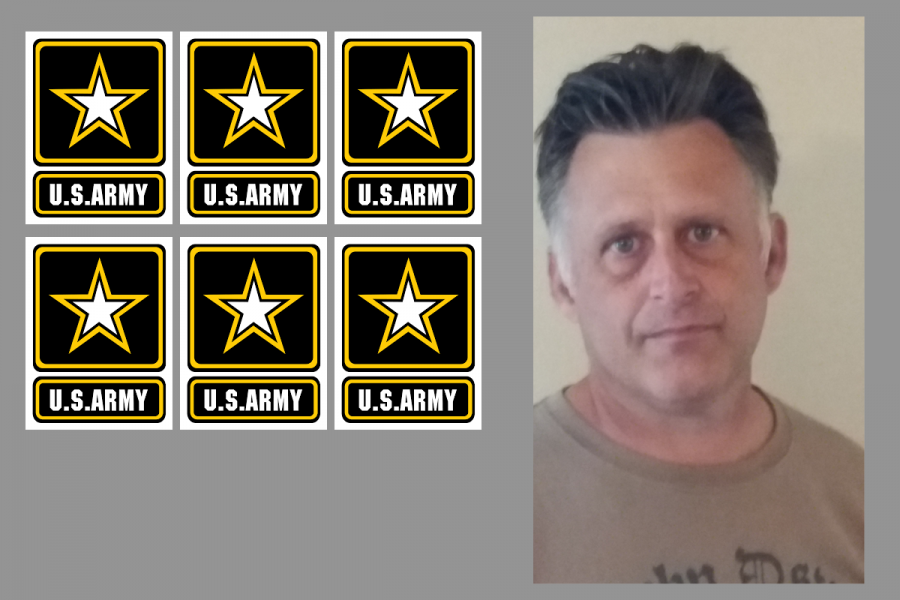 Even as a young kid, Don Moser knew that he wanted to be in the military. His uncle had served when he was young, and he knew he wanted to do the same thing.

“Joining the military is the most selfless act,” Moser said.

The military had benefits that some other jobs don’t quite have. If he weren’t in the military, Moser wouldn’t have been able to live in the places that he did and travel the world like he did. He visited many places in Europe and the Middle East in his time in the military.

Another thing that Moser enjoyed while being in the military is that his subordinates would push him and motivate him to keep going.

Moser has many accomplishments from his military service, but he feels that being able to retire with benefits was his greatest success because many who serve don’t have that opportunity. Moser enlisted after high school and retired after 26 years of service, the last of which brought him to Fort Riley, Kansas.

Moser considered his military work rewarding. Everyone needs to eat and since he was a senior foods manager, he worked long hours. Most days he worked an average of 15 hours because the position was extremely demanding.

“Don worked non-stop,” said Moser’s wife, Sylvie. “He always was working. He was the definition of selfless when it comes to serving this country.”

Moser and Sylvie Moser met while he was stationed in Mannheim, Germany. The couple has been married for 21 years and has lived in Georgia, Germany and Kansas.

As a service member, you may be deployed six to seven times during your tenure and Moser talked about how essential it was to maintain a good relationship with his spouse during that time. Sylvie Moser was his motivation to keep going and to keep going forward.

“Traveling, living abroad, and experiencing different cultures is among the benefits of a military career,” said Moser. “For military spouses, deployments can be difficult, I know that my wife’s German and civilian background made it very difficult for her to see me deploy to Iraq in the first wave of 2003.”

Military jobs can be the most physically and mentally demanding and so Moser knew that not just for him, but for most military members, soldiers depend on their loved ones to get through the work.

“Around 80-to-90% of relationships for military men end in divorce because of lack of understanding,” Moser said.

Serving in the military means that people’s lives are at stake. When you realize that, you end up with an unbreakable bond with those who serve with you, and it’s unlike anything else. You have to trust the soldiers next to you with your life.

Moser said that his bond with those who served with him in the Army is different than any other relationship that he has. He has seen dead bodies carried off the field and known soldiers who never get to see their families again because of what they sacrificed.

The transition for Moser from military service to civilian life after retirement wasn’t as easy as it sounds. Returning veterans sometimes have survivors’ guilt, depression or PTSD.

Veterans aren’t without resources, though. The military is one of the only organizations that has retirement plans put in place for people after they are done. Depending on what position you retired at is how much of a pension you will receive. It is around 50 to 60 percent of the highest position’s salary that you held.

Now, Moser is attending Washburn University with plans to go into nursing after graduation. He’s made an impression on those who have had the opportunity to get to know him on campus.

“He is a stand-up man; he is always a pleasure to be around,” said Chris Bowers, the military transition coordinator for the Student Success Center on campus.

Moser has always known he wanted to help people in life. He did it first through his military service, and now he’s ready to take on the challenge of helping people in the medical field through nursing. Even though he’s moving on to his second career, Moser is proud of his military service and is an advocate for veterans reintegrating into civilian life in the United States.

“There is a stigma attached to our service members,” Moser said. “I would encourage people to talk to veterans and take down this wall. You don’t know what it was like to serve unless you did it yourself. I believe that our country needs to be more educated on what our service members go through.”