Sadler setting up for success 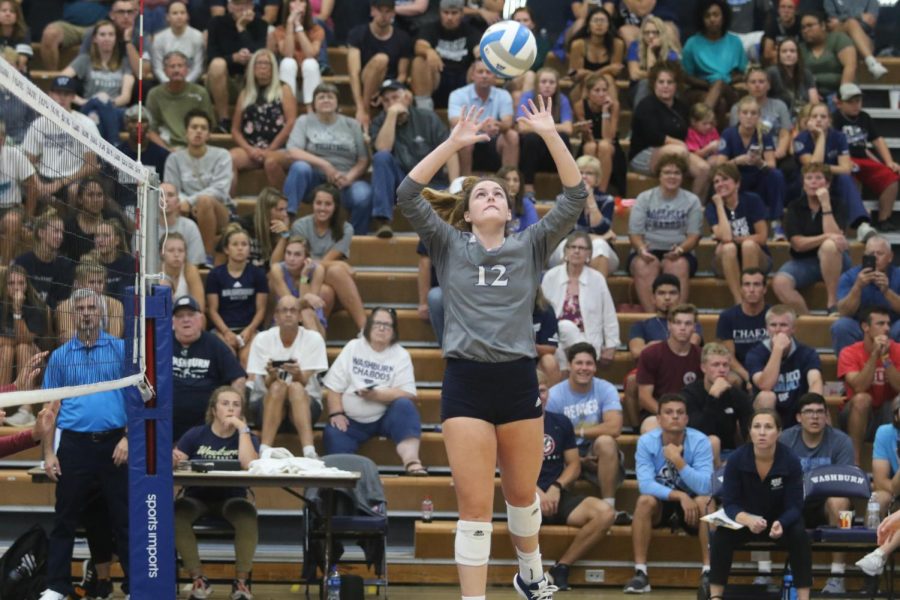 Here it comes: Sadler sets up a teammate during a game in the 2019-20 season. She brings her A-game on and off the court.

That hard work paid off last month when Sadler was accepted into the Washburn Law School. It seems fitting that she learned about the news while at a volleyball practice.

“We were in a meeting, right before we started practice, and I heard my phone ring, and I sprint to pick it up and they say that I got in and I freaked out,” said Sadler.

Unsure as to what specific career path she wants to pursue with a law degree, Sadler is excited for the challenge and to do something she can enjoy. She also is thankful for her experience on the volleyball team which has prepared her mentally for the challenges that law school has and will present.

“Coming to Washburn I was immediately thrown into this program that [I] had succeeded [in] over and over again,” said Sadler. “He [Coach Herron] puts us up to such high standards every day in practice, but even in our lives too”.

Herron tries to make academics a priority for his players, and celebrates all of their successes, especially Sadler who is the first player he has had go to law school since [he] became the volleyball coach. Herron believes that she has grown in many areas since coming to Washburn and developed qualities that will help going forward.

Sadler is set to play her senior season for the Washburn Volleyball team in spring of 2021 when Fall sports are set to begin and also join Washburn Law.