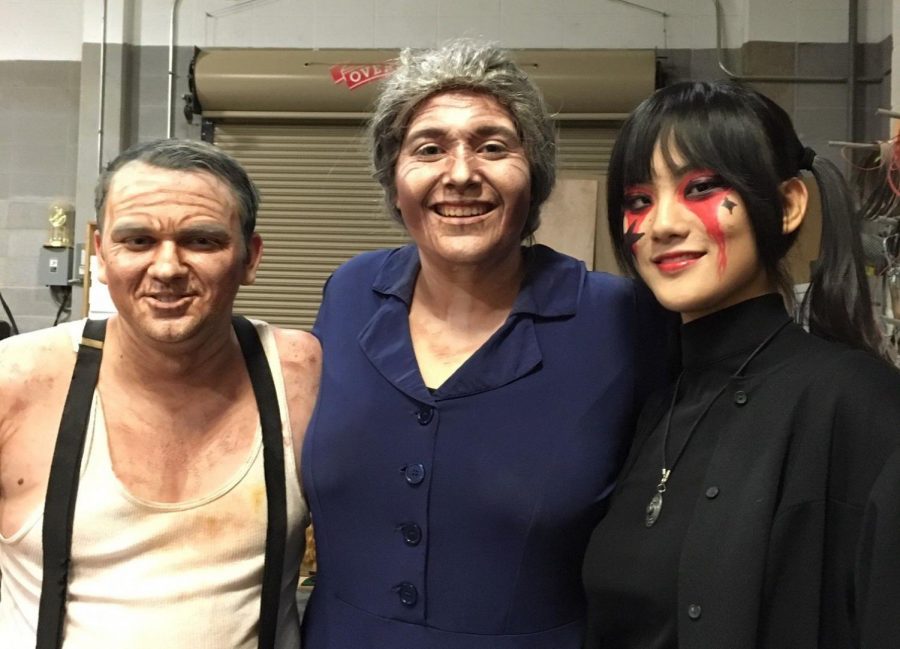 An inviting discomfort. An alienating intimacy.

These are the phrases that came to my mind when watching Washburn’s performance of “The Chairs” by absurdist playwright Eugene Ionesco. Written in 1952 and performed for the first time that same year, “The Chairs” is sometimes referred to as a result of the tragedy and despair facing many people in the years after WWII. However, like most other absurdist plays, it is also referred to as making a statement on the mundane and tragic elements of human existence in a way that can be experienced by many through a few.

In an interview with director Jason Puff and assistant director Angela Gray in a preview of the play, it became apparent to me that the on-stage relationship between leads Isabella Martinez-Haskins and Dalton Frantz is one that is personal and natural. The necessity of this feat was made apparent to me throughout the performance of the play.

When the performance begins, the audience is presented with the scene of a house that can only be described as worn in, tattered and dark. The couple, Old Man and Old Woman, begin their dialogue with a simple argument shortly turned into an intimate recollection of half memories from their past. The awkwardness fell heavy on the audience as we watched in on the private lives of this pair that had obviously spent many tens of years together.

However, what was at first unsettling became less awkward the more I embraced it. The feeling of discomfort at their conversations with each other was necessary to consider the possibilities of the imagination. Perhaps their conversations with each other were in fact attempts to convince themselves of their own sanity. Perhaps they were a means for holding onto reality, or at least the reality that they felt they were existing in. Letting the mind explore is just one of the benefits of attending a play such as “The Chairs.”

It takes a special talent to be able to create this experience for an audience. Actors Isabella and Dalton were able to thrive off of this phenomenon and excel through it. The span of their emotions, reactions and intensities throughout the performance allowed for diversification in an otherwise small cast. Exchange student Elinor Sun delivered in the “unescapable moment” described by Puff in the play’s preview. With a limited vocal performance, Sun was still able to add to the audience’s experience through her dramatic and tragic performance.

Offering opportunities for community members to enjoy and learn from theatre performances is an important role that the Washburn University Theatre department plays on campus. For many, theatre performances are a way to relax and enjoy themselves for an hour or so. This goal is only heightened by the chance to simultaneously learn something from either the performance or your own personal revelations and thoughts in response to it.

“The Chairs” at Washburn was a success in my opinion. Absurdist plays are a whole new realm of thought provoking and intimate performances. The delivery by the cast and crew of this idea was phenomenal and I would recommend it and future performances to anyone.