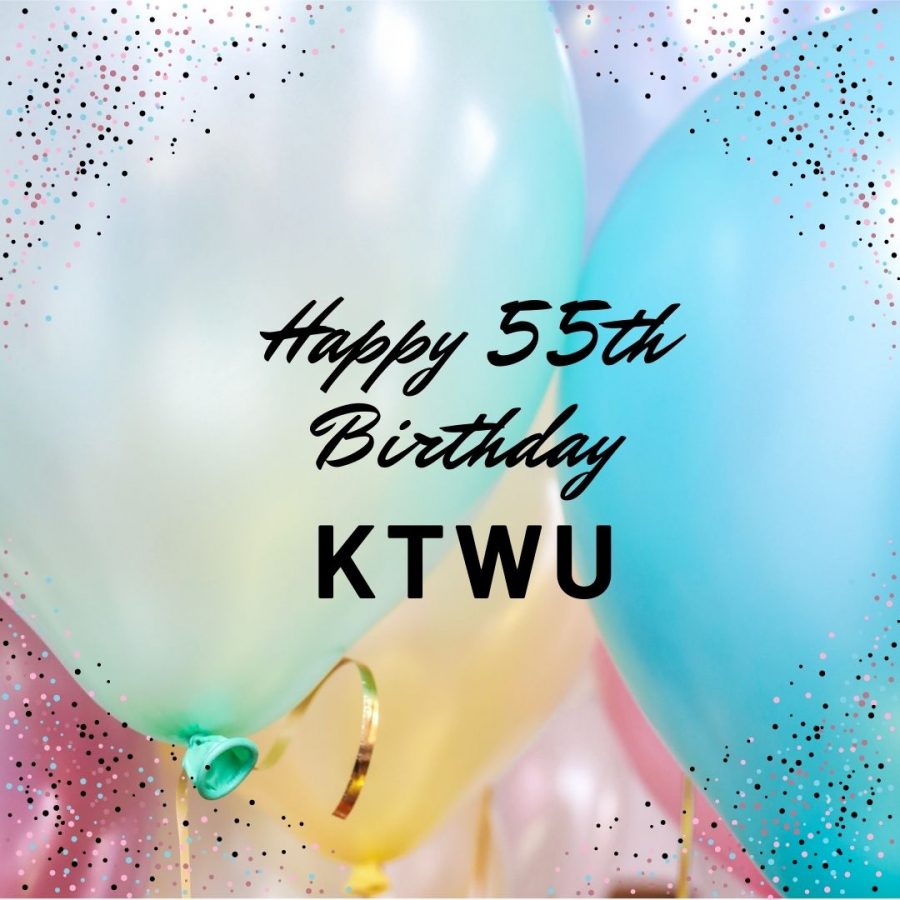 Last week on October 21st, KTWU celebrated its 55th birthday. The local public broadcasting station signed on the air for the first time in 1965. KTWU preceded the arrival of the Public Broadcasting Service, PBS, by five years. Local businesses and institutions have greatly supported KTWU over the years.

From Stauffer Media Group (WIBW TV) came the offer of a piece of property at the top of the hill at Sixth and Wanamaker in Topeka with a tower and transmitter to help create a local public television station. KTWU’s local productions started with a coach’s show produced in the General Manager’s office. Now, the lobby is filled with awards and statues showing industry recognition of the station’s programming efforts. These awards include eight Emmy® awards honoring KTWU’s regional television shows.

The financial success of KTWU has come from viewers. KTWU benefited from volunteer numbers which reached 3500 and their personal contributions to the budget. By 1976, KTWU had hit $100,000.

With volunteer help and contributions, KTWU was able to broadcast uninterrupted days of programming from morning to midnight in 1983. Donors had contributed $2 million for KTWU to have its first “real” building in 1994. The station had been operating out of makeshift metal buildings left over from the 1966 Topeka tornado. In 2009, KTWU transitioned to digital transmission of television signals after supporters raised $7 million for the required transmitter and tower.

KTWU has grown as a station, making sure the needs of the future are met. KTWU broadcasts over-the-air programming to a diverse audience of all ages across three channels: KTWU (PBS) in high definition on channel 11.1; KTWU WORLD on channel 11.2; and another locally programmed channel, KTWU ENHANCE on 11.3. This past summer, the station added free streaming through the internet on connected devices of KTWU, channel 11.1.

Education is a big part of KTWU, especially in programming for both adults and children, social media outreach, and live seminars on community and national topics.

One constant throughout KTWU’s success has been the community’s support. KTWU looks ahead to the future and the amazing technological advances yet to come, in which they will be providing new and exciting ways to serve viewers who turn to local public television every day.

For 55 years, KTWU has broadcast local public television in eastern Kansas and portions of Nebraska, Missouri and Oklahoma to an available audience of over one million viewers. KTWU was the first public television station in the state of Kansas.