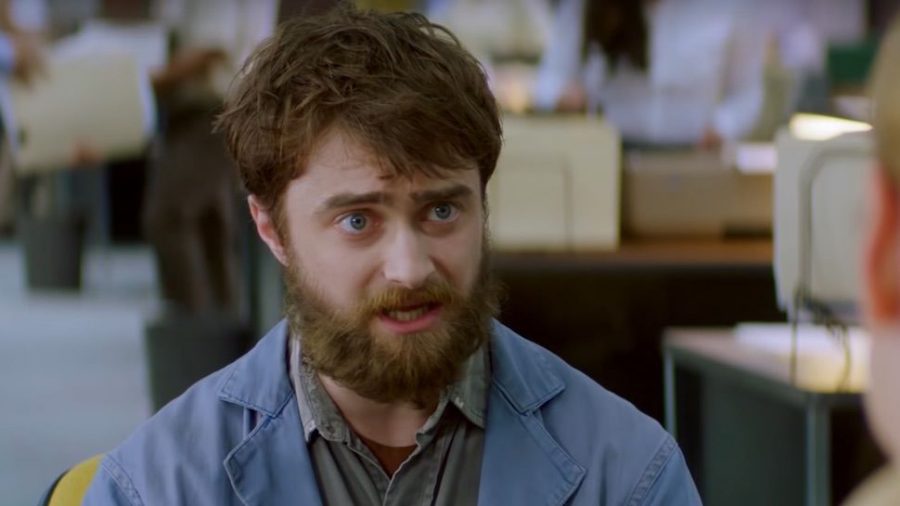 Heaven's gate: The latest promising sitcom is "Miracle Workers." Pictured is Craig (portrayed by Daniel Radcliffe), one of the protagonists of the series.

‘The Good Place’ with a dash of Harry Potter.

When it comes to television, I have a huge preconceived notion about network versus premium TV. Channels such as NBC and the like are stuffed with typically bland sitcoms or dramas (see “Big Bang,” “Young Sheldon”), but once in a while there are some surprising winners. Last year it was Seth MacFarlane’s “The Orville” and maybe just maybe, the Steve Buscemi/Daniel Radcliffe headlining limited series on TBS “Miracle Workers” will be one of those exceptions.

The basic premise is that heaven/limbo is occupied by a bureaucratic workforce, with different people assigned to specific departments, all having a specific task. There is a hedonistic, Lebowski-like God (portrayed by Buscemi) at the top. The series focuses on two low-level occupants of heaven, Craig and Eliza (portrayed by Radcliffe, and Geraldine Viswanathan) who are the sole workers of a department that handles the answering of prayers.

Right from the get-go, this corporation vision of heaven is well realized with a bit of fantastical elements that set it apart. While Radcliffe is billed as the starring role, it definitely maligns Viswanathan. As of the very first episode, she is written as the main protagonist of the story.

The characters are what the show has going for it. Both Craig and Eliza are relatable and have their human struggles, and God is a given, portrayed excellently as a layabout out of something Garth Ennis has written. I am hoping the characters have interesting arcs, but Craig for sure is the one I am the most excited to see grow. All of the acting is absolutely perfect, and Viswanathan especially is likable.

Since it is a comedy, there is the matter of jokes. It’s not a David Mitchell/Robert Webb level pee yourself laughing, but it is certainly a positive, and cheesy (in a good way) sitcom that did get some laughs out of me.

The main thing working against the show is the ‘The Good Place’ comparisons, with the whole idea of it being extremely derivative. While I have admittedly never seen that series, it is well loved by many critics who often praise the writing. The show will definitely draw in viewers because of Buscemi and Radcliffe, but its success hinges on how accessible it will be to a general audience. There is also the depiction of God, which may offend some fundamentalist viewers. Besides that, the only real flaw with it is that the episode was jumbled in pacing, and could’ve been cleaner in that respect.

Overall, when the credits appeared, I was left impressed and hopeful for the next few episodes. Odds are against it being a smash hit show (simply because that is rare) but it already has a fun setting. The group of characters is fun and leads the audience through an interesting story.

“Miracle Workers” has been labelled as an anthology series (with the first season consisting of seven episodes), so I am interested to see how the show turns out, and what direction it heads in, hopefully setting itself apart.