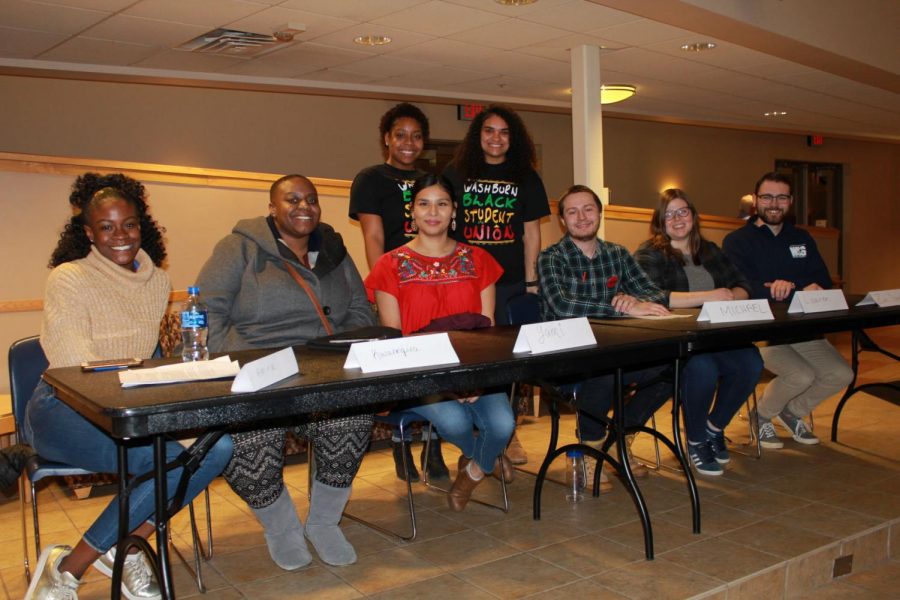 There was an event that could be said was much needed at 7:30 p.m. Feb. 4 in the Union Market. The Watch Ya Mouth discussion opened conversations about different races and ethnicities, and the situations they encounter. Considering the diverse panel that was present, the questions that were asked really seemed to match well with the situation. Composed of two African-American females, one Hispanic female, two American males and one American female, the amount of insight that the group had on the spoken topics was enlightening. The panelists were Zac Surritt, Lauren Evans, Michael Anschutz, Yami Zamora, Kwanequa Jones and Amira Linson. Then there were two questioners, Dela Boyd and Nyza Milligan. Together, they helped people understand their views on certain questions as well as gave them an insight on the relationship between each other, and there was no anger or insult involved, which made the talk very genial and open. In order to get the full experience, you had to attend with an open mind and open thoughts.

There were several previously determined questions, which each panel member answered in a sort of relay style. It started from one end of the table and moved to the other side with each person taking for about three or four minutes to answer depending on how strongly they felt about the question. Some of the questions that were asked were include, have you ever experienced any racial prejudice, have you ever been asked if you speak another language based on your looks, what are your thoughts on interracial relationships and more. Each panelist took the time to explain not only their view, but also their sexuality and relationship status if they had one. Over the course of the 2 1/2-hour talk, not only did the questioners ask them but there was also time allotted for the audience to ask questions to involve them in the conversation as well as to give them a point of view on things that they might not have thought or realized otherwise.

Considering the large amount of white American students at Washburn, one couldn’t truly consider Washburn diverse, when compared to other universities. However, the African-American population is quite small as well, along with the international students. There is a few stereotypes that go around, things like African-American women are loud and rude or that white Americans are rude and privileged, or that Hispanics talk too fast or white American men treat homosexual men as pariahs. These and several others were discussed. Even the topic of light-skinned versus dark-skinned African-Americans, as well as how “Instagram worthy” mixed race babies are. These are topics that are discussed often. In the general opinion, these only open up avenues of more prejudice that could further ruin relationships between people and races. The fact that there was an event like this where people of different backgrounds can come together and discuss topics that are controversial all over the world is enlightening and encouraging, giving hope to how things can improve in life.

Z’Mariah Lynn, freshman art major, was interested in the experience.

“This was a really interesting experience, considering these topics are beyond controversial. There were so many people, even a few international students, and from what I could see, the topics are things that they have questioned before, but never got answers to,” Lynn said. “This is good for them to learn and more events like this should happen more often.”

Faydra Knox, freshman human services major, thought the conversation was worth having.

“Honestly, it is about time for these topics to come up and be discussed. There have been several times where I’ve seen college students and high school students fight over things that could have been easily resolved if things had been talked out,” Knox said. “It is a good thing to have this, and if there are any other events like this, I will be sure to attend them.”