Ruth Bader Ginsburg: what comes next? 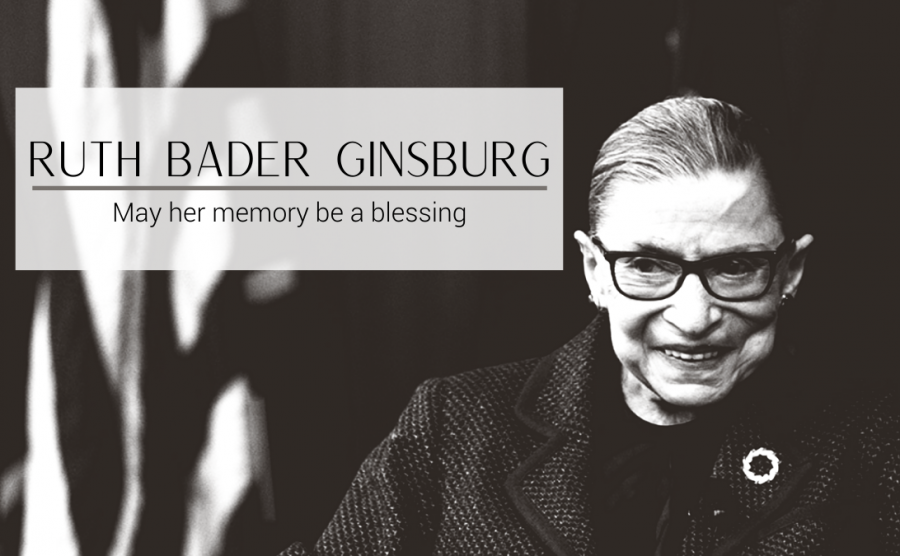 The death of Supreme Court Justice Ruth Bader Ginsburg on Sept. 18 sent shockwaves throughout the country. These waves have reverberated strongly with both students and faculty on Washburn’s campus.

Students, faculty, and staff are weighing in. There is an ongoing discussion about the new Supreme Court vacancy. Some have an issue with the Republican’s hasty efforts to have it filled before the November elections. They see the move that the president and Senate Republicans are implementing to be unnecessarily abrupt. Many are questioning the legitimacy of the Supreme Court, and accusing the Republican Party of being hypocritical.

“This is such a scary time, if you follow the Supreme Court and really care about it retaining its legitimacy,” said Washburn Law Professor Jeffrey Jackson.

Ginsburg’s death came just weeks before the November presidential election. This added fuel to an already heated political situation. As Senate Republicans and President Trump pursue their efforts to fill Ginsburg’s seat, they threaten to further erode public trust in the upper echelons of the government, something that has not been missed on Washburn’s campus.

While Republicans have been eager to fill the seat, Democrats have called them out on their hypocrisy. When Justice Scalia died in 2016, many senators argued against filling a vacant seat during an election year.

“The Senate tends to run on these ‘gentlemen’s agreements’, these unwritten rules that say there are these certain norms that you do,” said Jackson. “If you make up a new norm, then you have to abide by it, which I think is kind of short sighted, not so much because it should be the rule, but because they made it the rule. So, they should play by the rule.”

Many Democrats and others have been opposed to this move. There is little they can do to stop it. The process for nominating and voting in a new justice is relatively swift. All that is required, is a nomination from the President, and a majority vote from the Senate, which has a Republican majority.

Political science Associate Professor Linsey Moddelmog explained that this push to elect a new justice was a dangerous move on the part of the President and Senate Republicans.

“If they push forward a nominee, that nominee will never be seen as a legitimate Supreme Court Judge by the Democrats in the United States,” said Moddelmog. “They’ll face legitimacy issues right from the start. They won’t believe that he/she should have ever had that role to begin with.”

The Supreme Court was established in 1789 with a six-member body. Since then, it has been expanded to its current size of 9 justices. Some Democrats in the Senate have vowed to increase this number to 15 if the President goes through with his nomination of Amy Coney Barrett.
“I think it’s super-hypocritical. Because, just four years ago they [Republicans] were all demanding that you couldn’t do this in an election year, and that it’s improper,” said junior political science student Greg Remmers.

Others, such as accounting student Thomas Peterson, are supportive of the president’s pick for the Supreme Court. There are still concerns about the hasty speed at which the nomination is proceeding.

“I was a little surprised, at first. But, I’m happy he picked a woman, to try to keep the ratio the same,” said Peterson. “I think the question is really whether the Senate will confirm in an election year or not. I’m pretty on the fence about the issue.”

Whether Barrett will be successfully appointed to the Supreme Court or not remains to be seen. Regardless, many believe that reform of the court system is necessary.

“We definitely need reform in the Supreme Court, simply because it has become so politicized,” said Colton Swaim, a junior political science student. “It’ll have to be done in a bi-partisan manner, in order to stop the politicization of the Supreme Court.”

Some suggest that term limits should be imposed on the Supreme Court to keep members more in touch with the rest of the American populace.

“I do agree with the 18 year limit suggestion,” said Peterson. “I would like that idea, because 18 years is a lot of time on the court, and then, you have to consider that when someone gets older, their mental and physical capacities tend to decrease.”

Ginsburg passed away at the age of 87 due to complications from pancreatic cancer. She is survived by two children, James Steven Ginsburg and Jane Carol Ginsburg. She served on the Supreme Court ever since her nomination in 1993 by former President Bill Clinton.

Her most notable and respected work as a Supreme Court justice was that which made history in international law, search and seizure, abortion rights and affirmative action.

Whether Barrett becomes the next Supreme Court justice or not, a conversation has been sparked concerning the highest level of the judiciary branch, the longstanding consequences of Ginsburg’s death, and the new nominee.
“The way the Republicans are playing this is very short-sighted, because it may not get them what they want. It may in fact, rebound horribly,” said Jackson.