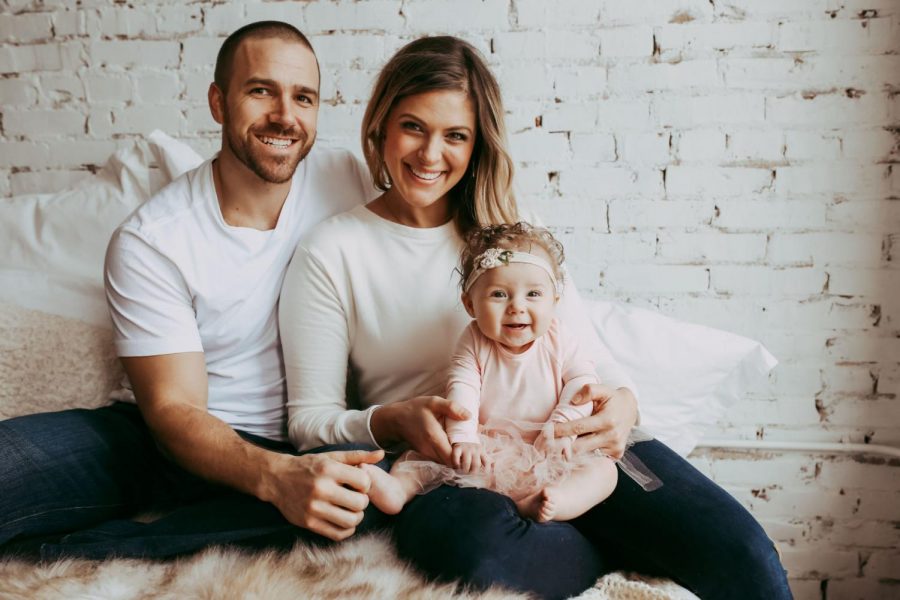 Family ties: Joe Balestrieri sits with his family. Balestrieri has been a coach for the Ichabod basketball team for two years now.

Balestrieri hails from Lee’s Summit, Missouri. He now lives here in Topeka with his wife, Brooke, and their daughter Blake. To get where he is at today, Balestrieri had to have a solid foundation, he got that in the form of his parents who helped him become the man he is today.

“Both of my parents worked hard. I have two older siblings. Both of my parents set a pretty good example for me growing up. They worked 40+ hours a week, I didn’t have a stay at home mom at all. My dad actually worked in Topeka, so he drove an hour and a half every day down and back for 18 years. My mom went through school with three kids and got a 4.0. My parents were pretty good role models for me growing up,” Balestrieri said.

Most people only like to be around their co-workers for only a short amount of time. Men’s assistant basketball coach Joe Balestrieri would disagree with that notion. Head basketball coach Brett Ballard and Balestrieri have been around since their days as student-athletes at KU. One university after another, they went together.

Even though Balestrieri has spent his life living in cities, in his free time, he enjoys bow hunting.

Even though Balestrieri has been an assistant coach for his whole career, his goal is to become the head coach of his own program.

“I would love to have my own program. I am happy where I am at the moment but having my own program and my own system is my dream,” Balestrieri said.

Balestrieri may be fit to have his own program, especially since his time at Washburn has resonated with the players. Senior guard Javion Blake believes Balestrieri helps make him a better player and the team a better team.

“He is confident in his coaching ability and the ability his players have to be successful on and off the court,” Blake said. “He personally keeps my confidence high on a daily best reminding us as players what we do best to fit the team.”