Valentine’s Day is heartless in 2019 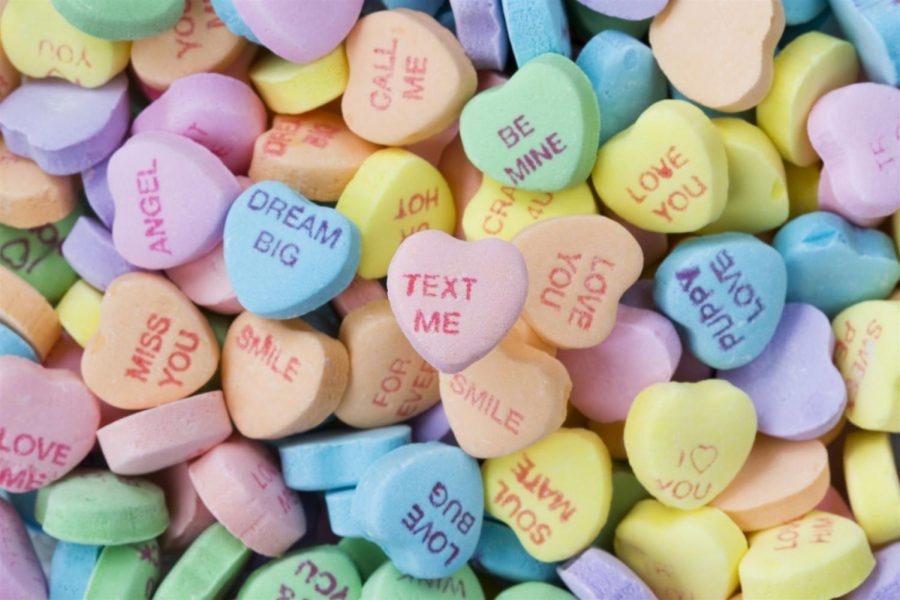 Heartbreaking loss: After 116 years as America’s confectionery currency of affection, Conversation Sweethearts have met their chalky end. No one really liked the taste of the weird little candies, but they gave us all something to hate.

Hearts are breaking all over the place after a big announcement from NECCO.

New England Confectionery Company went out of business last year after serving their Sweethearts conversation candy for over 100 years.

According to CandyStore.com, the conversation heart candies are the most popular confection for the holiday, pulling in $1.8 billion in sales.

On July 24, 2018, the NECCO factory was shut down and factory workers were told not to show up the next day.

The makers of classic Sweethearts, known for the cute messages imprinted on each candy heart like “Be Mine,” “Cutie Pie” and “Kiss Me,” say their sweetest goodbye’s to the treat that won’t be returning to store shelves this year, but will likely return in 2020.

Spangler Candy Company, makers of Dum Dums lollipops and Circus peanuts, purchased NECCO Wafers, and its other brands such as Sweethearts conversation candy.

Over the decades, the candy found its place as a Valentine’s Day staple. It took NECCO 11 months of production, at around 100,000 pounds a day to churn out the 8 billion conversation hearts that filled the shelves and were sold within 6 weeks during the heat of Valentine’s season.

The candies have been used across the country and across many generations as a way to warm the hearts of loved ones. As a “staple” in America, it is rather unfortunate for such a successful piece of confectionery history to take a year long break, especially during such a critical time in history.

You may feel as if candy makes everything better, but according to a study in 1996, we actually have the science to back that feeling up. Candy happiness is a real thing, and there are real health benefits of candy consumption. Sugar releases dopamine in the nucleus accumbens, which is the part of the brain that possesses a significant role in the cognitive processing of motivation, aversion and reward. Dopamine is an important chemical in our body that plays a key role in controlling individual’s emotional responses. Not only does dopamine help us visualize the rewards, but it also enables us to take the action we need to achieve the reward type of feeling. Eating some candy will then often help to achieve that feeling of reward through what we often refer to as a “sugar high.”

My hope for the Sweetheart’s inevitable return is that they keep all the corny messages on the outside, but alter the recipe to make the fun candies a bit more edible. I propose that Spangler Candy Company make Sweethearts taste something like a bigger and better version of a Smartie. Everyone I’ve ever met likes Smarties. Similarly, everyone I’ve ever met hates the taste of Sweathearts, so now is the time to make that change.