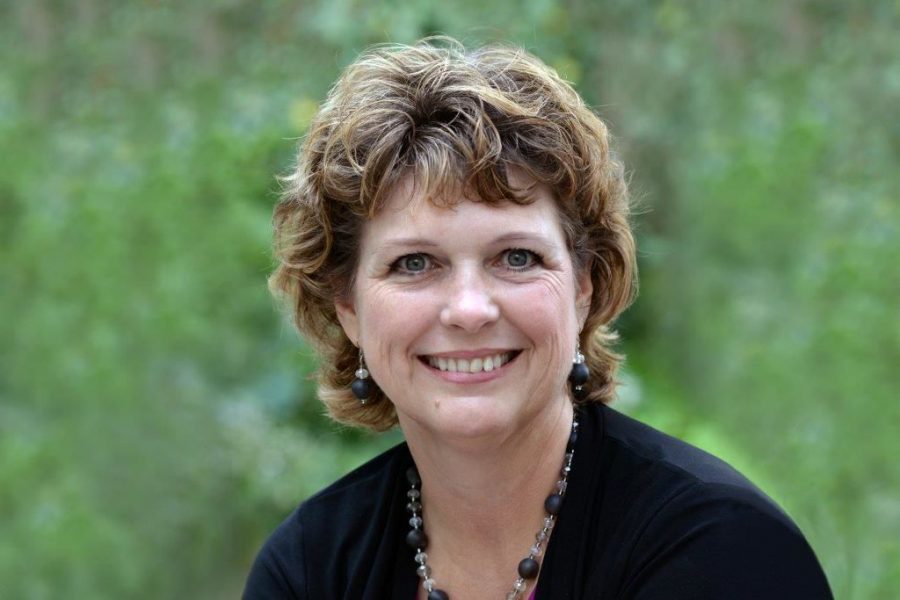 Active advocate: Theatre chair Sharon Sullivan is an active member in the community through organizations that advocate for equity and women's rights. She has been at Washburn for eighteen years and has made an impact on the students and in the campus community.

Passion for theater and women’s studies.

Professor and chair of the theater department Sharon Sullivan has been at Washburn since 2001 when she accepted a position as an adjunct instructor. Sullivan is passionate about women’s studies, theater and teaching.

“I love Washburn,” said Sullivan. “I love our students. I love the community. I love the relationships that I have with my students long past their time at school. I love that they send me pictures of their babies and their weddings. For me, I love being a part of the community and those connections are really special to me.”

Sullivan’s theater experience traces back to college when she was a theater major.

“I started as an actor in community college and they found out I could sew so they put me in costuming and I fell in love with that,” said Sullivan. “The thing that has always attracted me to theater is that every six weeks you have to learn something new. I’ve also always been passionate about using art as a form of activism. Theater is really special in that way. We have this distance as human beings in the digital age but when you’re on the stage and in the audience, it’s much harder to dismiss those people as you’re sharing the same air.”

Part of Sullivan’s passion for women’s studies and educating people about issues such as human trafficking is due to her students.

“About 15 years ago, there was a campus club speaking on slavery awareness and I went to be supportive,” said Sullivan. “I hadn’t really thought a lot about human trafficking, but these students were saying it’s happening here in the U.S. and even Kansas; I was blown away. I started researching and came to the understanding that this was an extension of the work I was already doing around violence against women and children, just more extreme. I saw that there were very few people doing work with this issue here in Kansas, so I became an expert through research on how to help people and prevent it.”

On campus, Sullivan was the supervisor for the Theatre club for the previous five years and currently supervises STAND, an organization which has partnered with Love the Skin You’re In and the YWCA through an annual art auction that began as a class project and has most recently raised over $20,000 for the YWCA.

Off campus, Sullivan is the chair of the Topeka Shawnee County Human Trafficking Coalition, director for STARS with the Topeka Center for Peace and Justice, a member of the Kansas Human Trafficking advisory board, president of the International Public Policy Institute, which is a non-governmental organization that works with UN, a member of the Advisory Board for the Batterer Intervention Program for state of Kansas and holds a number of trainings and presentations over human trafficking and the status of women throughout the year.

“Sharon Sullivan was the first teacher I ever encountered that was so student-centered,” said Emma Staats, junior integrated studies major. “It’s clear that she loves what she does. Her impact is widespread, reaching not only her students, but also our community and region. She is simply the most incredible person I have ever met. I aspire to be like her one day.”

Sullivan’s main goal for the classroom is to create a safe environment where students can think for themselves and ask questions.

“I tell the students at the beginning of the semester, ‘you don’t have to believe what I believe; what I’m asking is for you to think about what you believe and why you believe it.’ Personally, sometimes I do really well with this, and sometimes I fail miserably, but such is life, and you just get back up and try it again the next day,” said Sullivan.