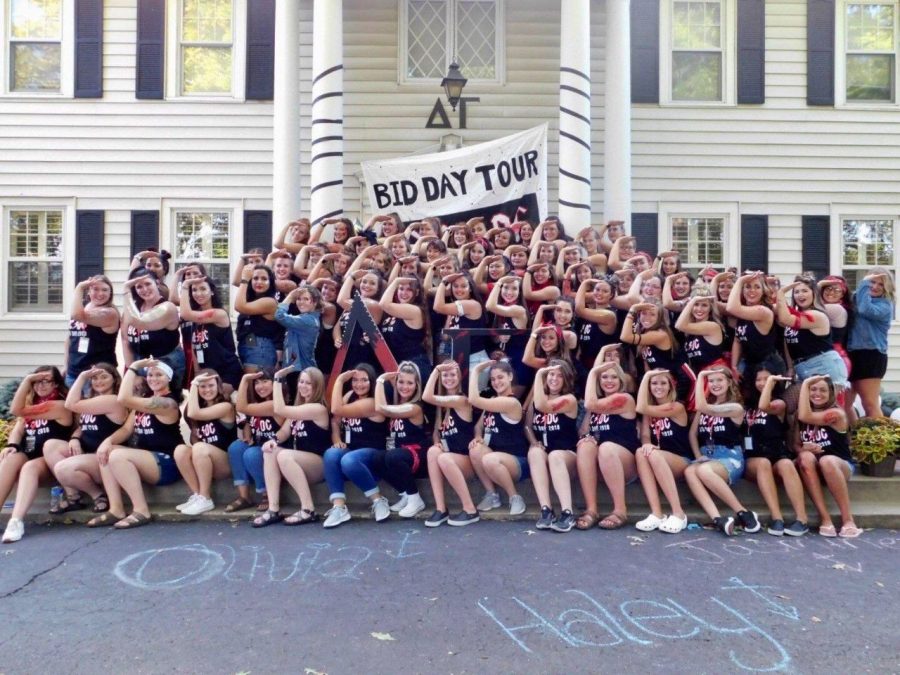 Some colleges have suspended Greek life, including Penn State, Louisiana State, Florida State and Texas State. Harvard University required all of Greek life to go co-ed or they would lose ability to hold campus-leadership positions and to be endorsed for outside scholarships. Others have been disaffiliated from their university like Kansas State. However, Washburn’s Greek life is still standing strong and has been since the early 1900s.

“Nationwide there’s been some reservations about Greek life. We’ve seen an uninvolvement in Greek life of things that can change if the community can come together and figure out a way to turn the tide. We need to show everybody what we are really about instead of what gets shown on the news,“ Surritt said.

While there has been negative press on the news regarding deaths from drinking-related incidents, there has also been positive press about Greek life as well. This past week, Sigma Phi Epsilon brothers from Kansas University were recognized for saving a boy’s life on a beach in Florida while on spring break.

About five to 10 years ago, Greek life at Washburn was about 150 students. Now, Greek life is about 350 to 375 students. Although fall enrollment is down, there will still be a slight increase in membership according to Miofsky.

“Students think that Greek life is not growing here but rather they just don’t see it. You can’t see Greek unless someone’s wearing their letters or they’re wearing their organization. I think we need to make it obvious who is affiliated and how to get affiliated. I also think that growth exists within the context of increasing organizations on campus,” said Miofsky.

In fall of 2020, Washburn plans to welcome another interfraternal council fraternity to campus. Miofsky states the importance of having enough breadth of organizations so that people can connect where their values are.

“It’s not that any one organization is better or worse than another as far as their values but people are going to feel at home more in one organization over another. It’s just where they feel connected,” said Miofsky.

“If you know a leader of color, nine times out of 10, they’re a member of a Greek letter organization. I think part of the interest has grown because they’ve been more visible on our campus and on other campuses,” said Demsey-Swopes.

Currently, there are two established multicultural Greek letter organizations, Rho of Kappa Alpha Psi and Upsilon Alpha Kappa Alpha. In the fall of 2019, Washburn hopes to have Sigma Lamda Gamma, Delta Sigma Theta, and Alpha Phi Alpha. Zeta Phi Beta used to be at Washburn, so they hope to bring that chapter back as well.

Multicultural Greek life is open to anybody who can be passionate about the causes that the organization supports.

“If they’re willing to work on those causes, they can be part of the organization. They don’t have to be a particular race or ethnicity to participate,” said Dempsey-Swopes.

If students want to learn more about joining Greek life or there’s an organization that they would like to see on our campus, they can reach out by emailing [email protected]